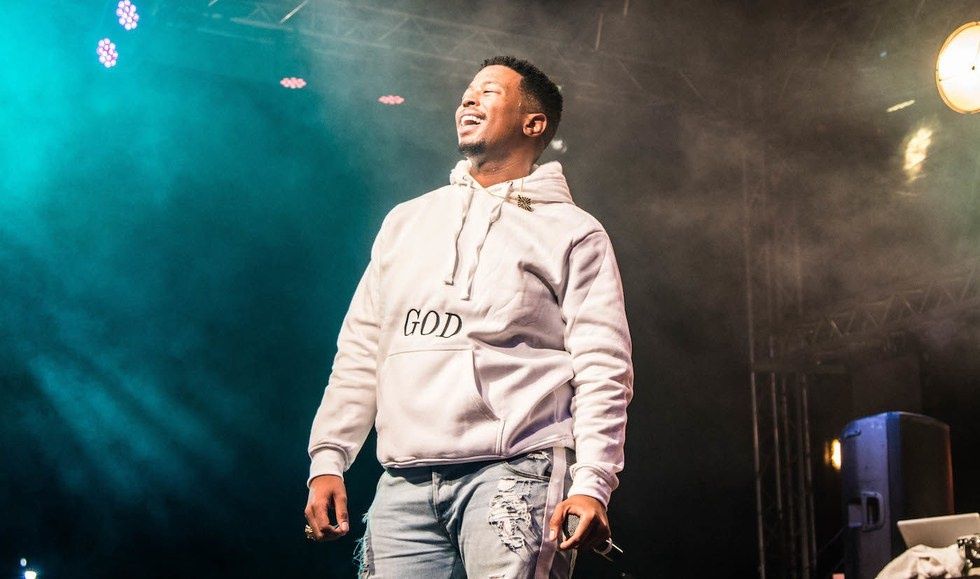 Anatii just released "Thixo Onofefe" his first solo song since his joint album with AKA, Be Careful What You Wish For.

Continuing the theme of spirituality, which was rife on BCWYWF, the artist literally prays (he chants "Phuma, phuma Satan") over bass squelches and screeching synthesizers. Aesthetically, the song is guaranteed to wake up some spirits inside you, with chants and screams that are drenched in reverb for effect. He speaks of people from the rural areas encouraging him to use muti, but he believes in prayer.

On his song with AKA "Don't Forget To Pray," Anatii surprised many fans when he spat a show-stealing Xhosa verse. On "Thixo Onofefe," he spits yet more impressive Xhosa rhymes, and we are totally here for it.

Listen to "Thixo Onofefe" below, and revisit our dissection of Anatii and AKA's gospel of money and power here.