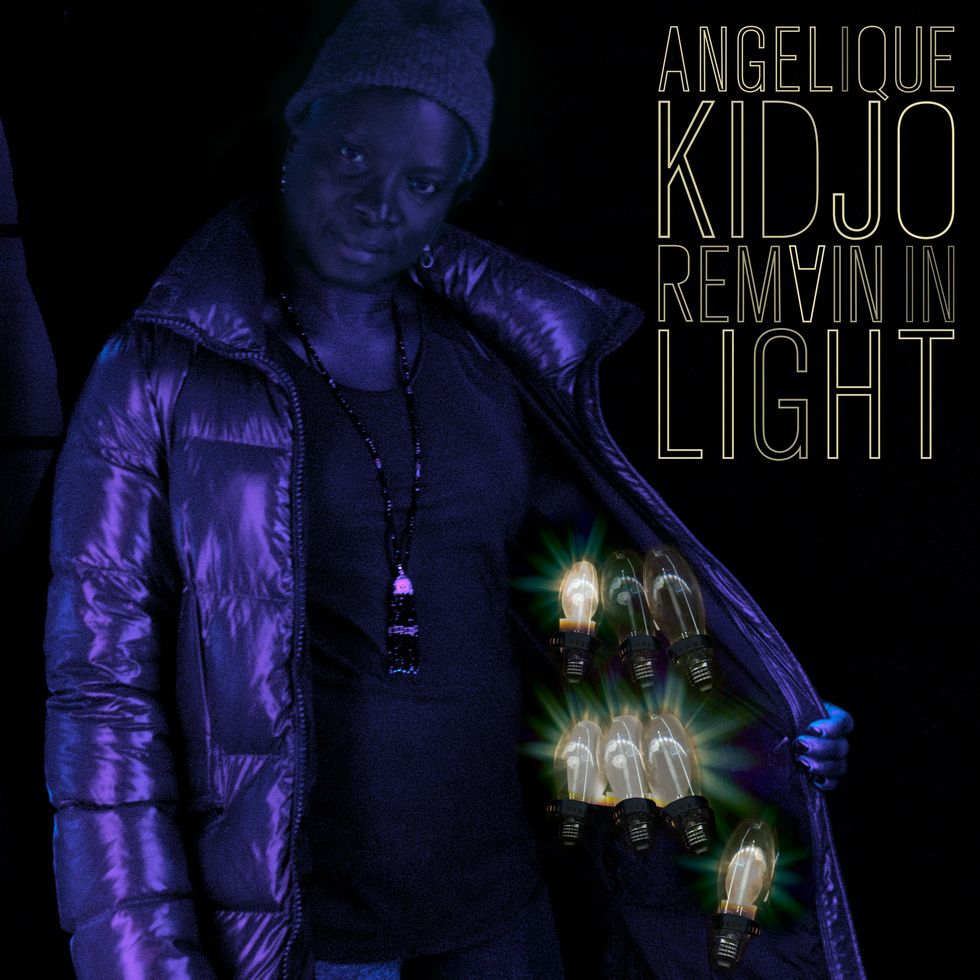 When most people think of music originating from the African continent, rock isn't exactly what comes to mind.

But Angélique Kidjo was quick to remind us in a recent interview with Rolling Stone that "rock music came from the blues and thus from Africa." With her newest album, Remain in the Light, Kidjo looks to re-imaging the landmark Talking Heads album, which was widely considered to be one of the top albums of the 1980s and was deeply influenced by Fela Kuti's afrobeat.

While Kidjo's album will be released on June 8, you can watch the video for its first single, "Born Under Punches" now.

For her rendition, Kidjo partners with renowned producer Jeff Bhasker, who has worked with Rihanna, Kanye West, Drake and Jay-Z (to name only a few). This album also sees her collaborating with Vampire Weekend's Ezra Koenig, Blood Orange and Tony Allen, with artwork conceptualized by Kerry James Marshall.

Together, they help Kidjo peel back the classic 80s rock sound to reveal and amplify the West African rhythm that anchored the original album.

"As Remain in Light was influenced by the music of my continent, I want to pay back the homage and create my own African take on the Talking Heads' songs," Kidjo mentions. "Now is the time to bring rock back to Africa, connect our minds, and bring all our sounds to a new level of sharing and understanding."

Check out the album's lead single, "Born Under Punches," below.