Angolans Will Elect a New President Today After 38 Years—But What Does That Really Mean? 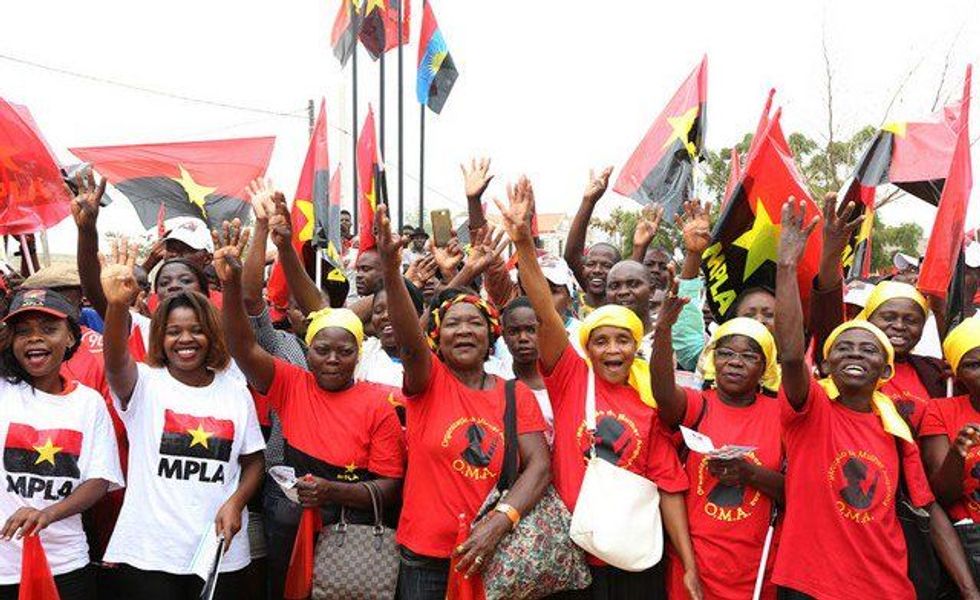 Angolans Will Elect a New President Today After 38 Years—But What Does That Really Mean?

ANGOLA—After 38 years under the leadership of Jose Eduardo dos Santos, Angolans will head to the polls today to elect a new president.

The country's long-standing president, has held office since 1979, making him the second longest-serving president in Africa. Though he is stepping down, he will remain head of the ruling party, The People's Movement for the Liberation of Angola (MPLA), which has ruled since Angola's independence from Portugal in 1975.

The MPLA's candidate, Defence Minister Joao Lourenco, is predicted to win over Isias Samakuva, of the main opposition party, The National Union for the Total Independence of Angola (UNITA), reports BBC Africa.

Though dos Santos is not running for reelection, his family will still hold significant political power. Aside from his residual post as head of the party, dos Santos children also hold prominent positions in the MPLA.

Earlier this year, 74 year-old dos Santos, traveled to Spain for "regular health checks," causing Angolans to speculate about his health. Rumors of his death began to surface, before the president returned to Luanda in May.

Dos Santo's decision to step down, will not only have implications for Angola, but for its former colonizer as well. Dos Santos' daughter, Isabel, is Africa's richest women. She owns significant parts of key industries in Portugal, which many believe has much to do with her father.

Is ruling Portugal in the dos Santos' family's future? It would certainly be an astounding "turning of tables" yet, given their political and economic influence in the country, it seems like somewhat of a possibility.

A report in the New York Times argues that they already are, and digs deeper into dos Santos' accumulation of Portuguese capital, as well as accusations of money laundering. Not all of dos Santos' children are as involved in politics though, in February we spoke to the president's artist son about style and censorship in the southern African country.

#Angola’s ruling family is worth billions. What happens when dad steps down after today's election? https://t.co/2X0TnFqIlkpic.twitter.com/WMCKgph9tf