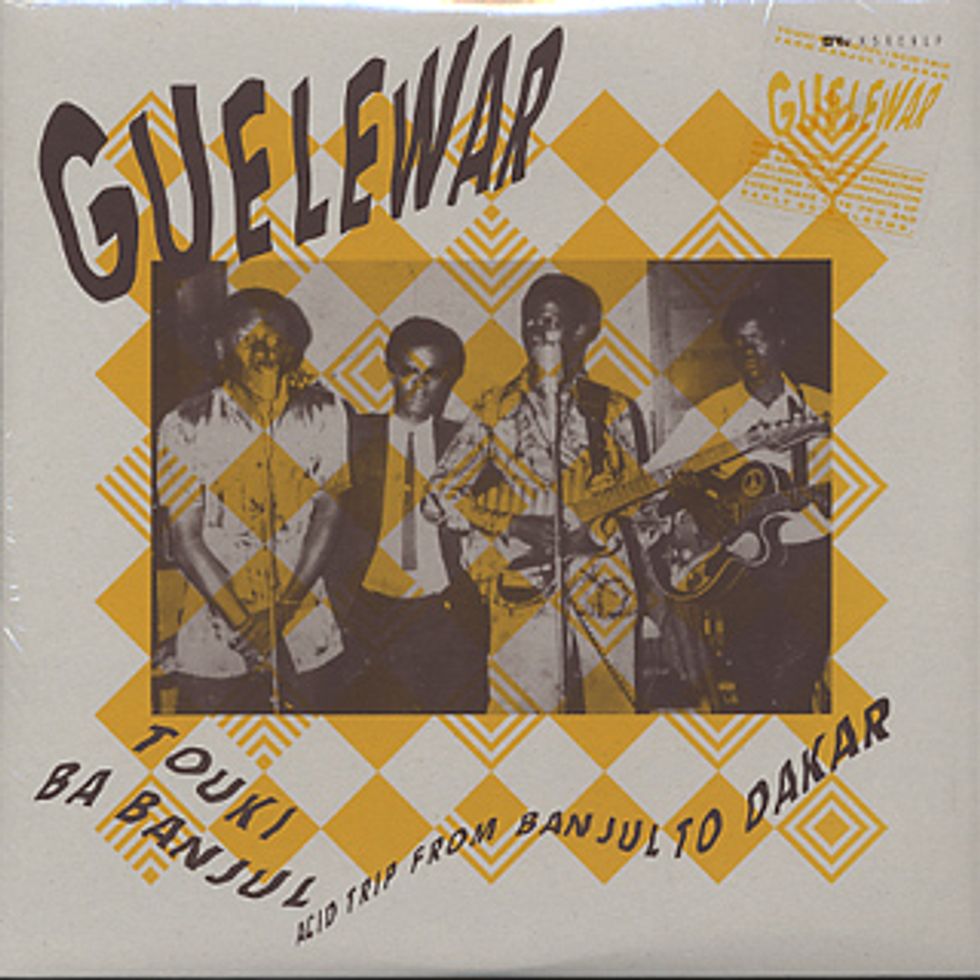 Kindred Spirits released this fresh compilation of the best of Guelewar, the Gambian psych band who released records from 1979-1982. Touki Ba Banjul: Acid Trip From Banjul To Dakar is packed with deep psychedelic jams spread out over 2 discs. Their unique sound was the product of their earlier band, the Super Alligators who is known for mixing western soul and funk with traditional and regional rhythms like boogaraboo and sawrouba in the early 70s. Hear album cuts "Sama Yaye Demma N'Dar" and "Kele Fasane" below. Grab the record and hear more tunes over at Kindred Spirits.