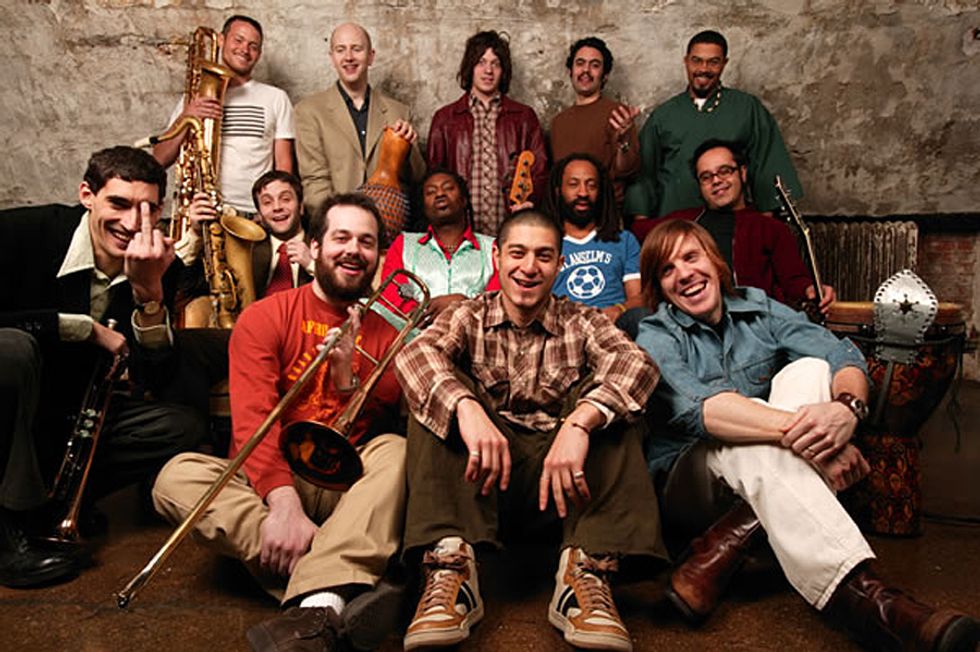 Antibalas is without a doubt one of the coolest bands on the planet. Actually, I hesitate to even call them a band, it’s like a monastic order of funk, a brotherhood of afrobeat. If you’ve seen the smash hit FELA! on Broadway then you’re already aware of their brilliance. The band arranged and performed all of the music in the show, and were without a doubt a huge part of the reason it became such a critical success. Of course the call of Broadway couldn’t keep the band away from the recording studio for too long.

Antibalas has just released a 12-inch single that features the songs “Se Chifló,” which showcases the links between afro-cuban music and afrobeat (afrocubeat?), and a ridiculously impressive rearrangement of Bob Marley’s “Rat Race.” I feel blasphemous just saying this, but I think Antibalas got Bob on this one. Antibalas’s version is a frantic cyclone of drums and horns that will force even the most soulless of drones to dance his way out of the daily grind. Enjoy!