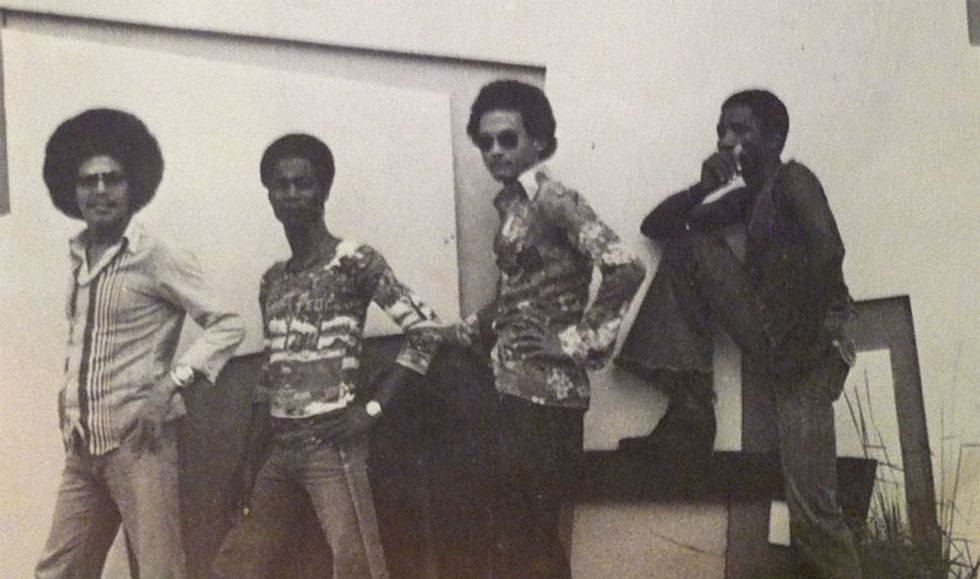 Everything in these crates comes from original vinyl in Gioumanne’s collection ... there are even six ‘ungoogleable’ records like Sunbust’s ‘Vijana’ (one of only a handful of psych-funk tracks ever recorded in Tanzania), two jams from the semi-acoustic second album of Congolese-Beninese outfit Les Ya Toupas du Zaire, a disco tune by the mysterious Hammatan, a track from the only album by the Godfathers (protegees of Osibisa) and a Haitian disco-kompa groover.

Afro Cosmic Disco Funk seamlessly showcases a chunk of raw sounds from "70s afro disco, island funk and afrobeat obscurities." Stream the mixtape below and download it over at AHHR.