Audio: Olugbenga 'Love Is The Devil In The Details' [Premiere] 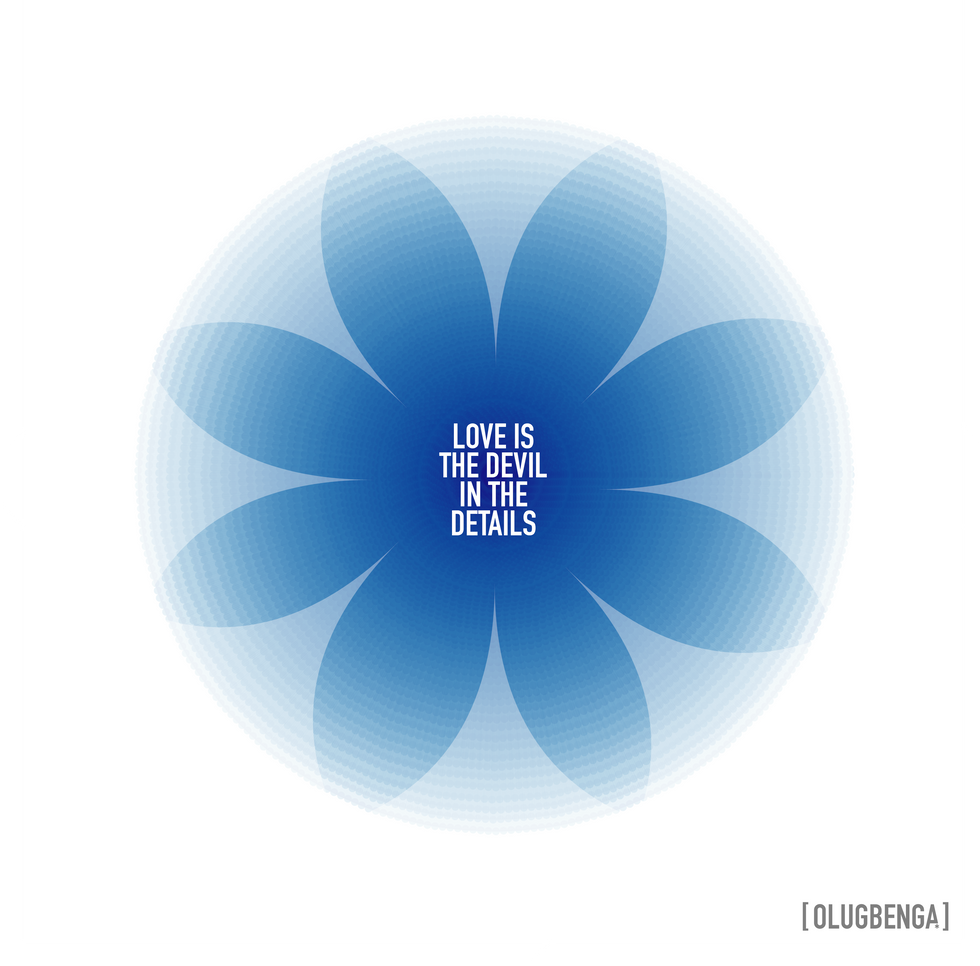 When not playing in Metronomy, London/Lagos' Olugbenga has been keeping busy crafting a slew of remixes — many of which you can hear in his AIYE mixtape — as well as his own experimental concoctions. Marking another step towards production, Olugbenga's collected some of his choice originals in the upcoming Epic & Blues EP, which drops as a continous mix July 23 over at his Facebook.

Leading up to the release, Olugbenga will be giving away a free song every day of the week at a number of different sites. Today we have "Love Is The Devil In The Details," the opening track on Epic & Blues. Olugbenga explains the tune:

"One stand that ties together all the music I love is emotional commitment. Whether it's metal, gospel or Autechre-style electronic music, I respond to music that communicates absolute belief on the part of its creators. With Epic & Blues I felt like I'd finally reached the point where I could convey some of my belief and emotional commitment through my production.

["Love Is The Devil In The Details"] was actually the final [track] to be completed and it balances my love for both positivity and melancholy in music. I also wanted to start the EP with something that referenced a bunch of the other songs - so if you listen closely, you'll hear snatches and fragments from the tracks that follow. As someone who usually starts putting a track together with the drums, it was fun doing something where the rhythm came from elsewhere"

Download "Love Is The Devil In The Details" below and hear yesterday's free tune over at Clash. Epic & Blues is out July 23.