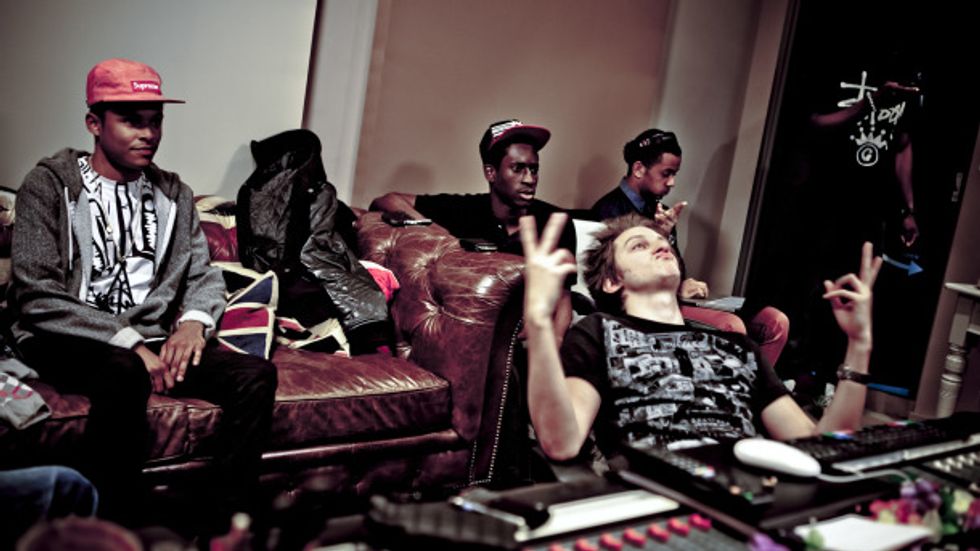 It turns out Red Bull does more than produce magic manic water, kooky line-drawn commercials, and opportunities for folks to plunge into freezing water. Recently Red Bull put UK producer Toddla T in a studio with 9 other UK artist including Ghanian MC Kobi Onyami and waited for the magic to happen. Well the results are in and the mixtape is well worth the download. To be fair it’s a free download, but I’d have no problem paying for any of these tracks, especially “Explain Yourself” ft. Cleo Sol. Kobi is also a pretty formidable rapper, and Toddla T’s production has me on the search for anything else he’s ever made.  And to top it off, I pretty much fell in love with Cleo Sol after seeing her on the mixtape’s trailer (above). Also the final track “I Don’t Believe” by ToyFace is digitized, angelic, and the very definition of mellow. The mixtape features a pretty diverse range of songs, but Toddla T pulls them all together to make one enjoyable experience.  Tracklist after the jump.

If you like what you hear of Kobi Onyami, be sure to check out his album Green Green Grasses, available on iTunes.