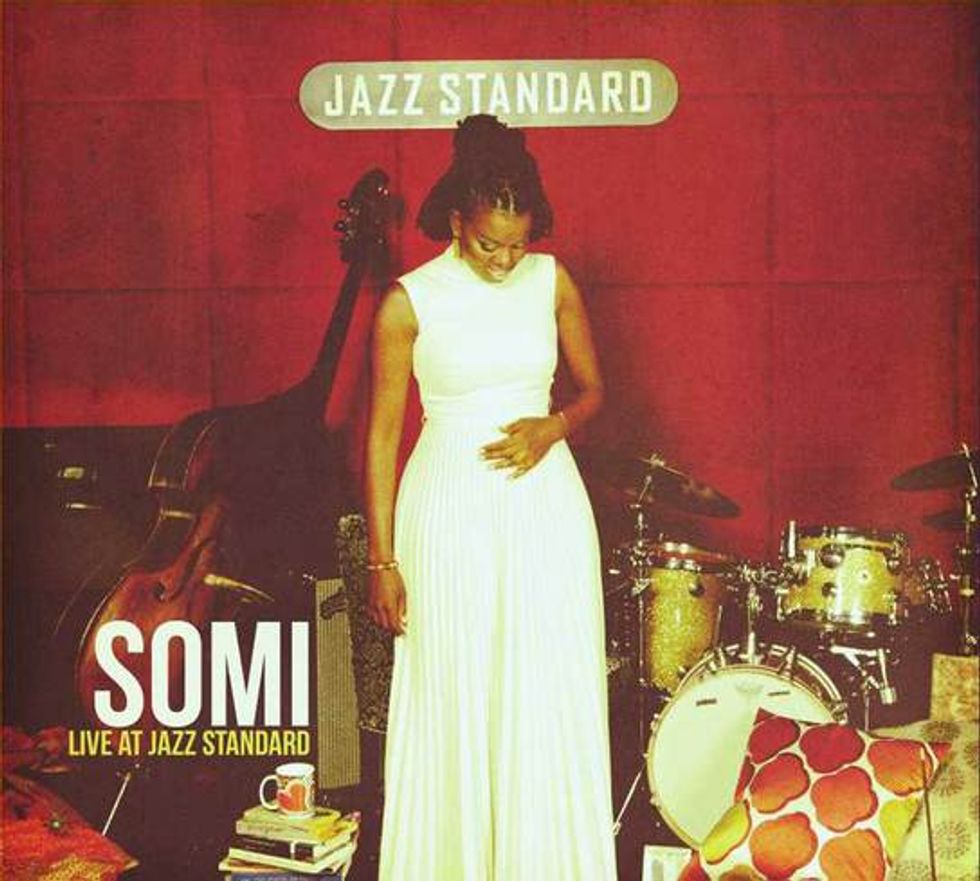 Our fellow Brooklyninte, Somi, who was born to parents from Rwanda and Uganda, debuts her first live album, Live at Jazz Standard, a ten-track collection of new African soul and jazz which was taped over two nights (live, obvs) at the Jazz Standard in New York City. (The house was sold out both nights, by the way.) The compilation, which includes original tracks done in English and three different East African languages, also pays tribute to musicians like Bob Marley and Abbey Lincoln with soulful covers of “Waiting in Vain” and “Should’ve Been.” Like any good live album, this effort takes you to the front row of a Somi show – capturing the passion, grace, and strength of her performance.  Check it out for yourself, in stores and online.  For more on Somi, check out the Revivalist's feature story.

Listen to the Live at Jazz Standard album preview: