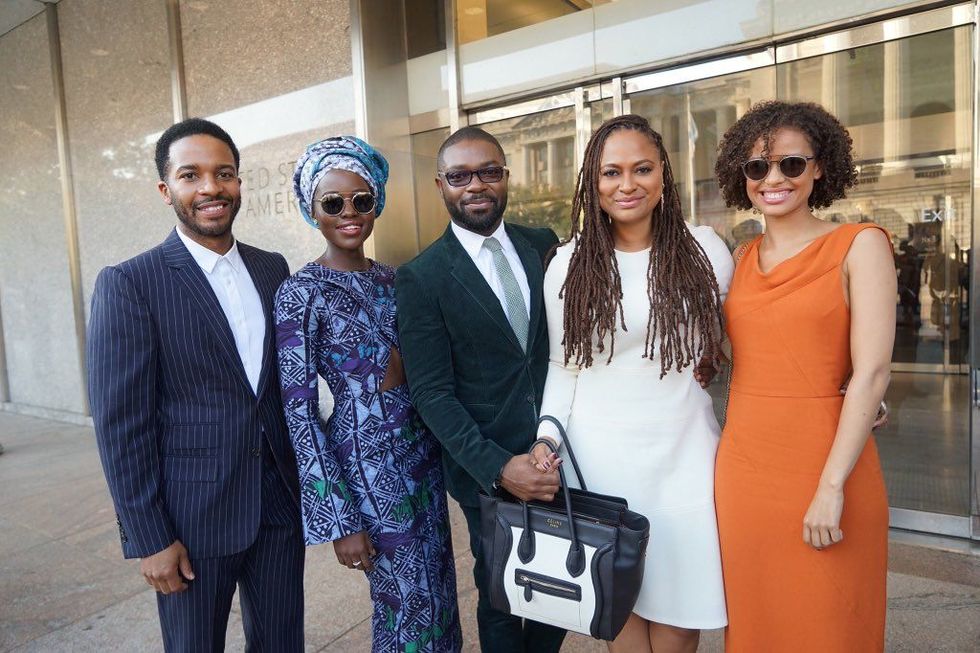 August 28, is a monumental day in African-American history.

Today, August 28, is a profoundly symbolic day in the collective memory of black folks in America. In what may seem like pure happenstance, a number of monumental events have occurred on this day throughout history.

Acclaimed filmmaker, Ava DuVernay, who debuted the film August 28: A Day in the Life of a People at the opening of the National Museum of African American History and Culture (NMAAHC) last September, took to Twitter earlier, to remind us all of the day's historical gravity, by mapping out the exact events that make it of such importance.

The significance of the day is traced back to 1833 when slavery was abolished in the UK. On August 28, 1955, the Civil Rights Movement was sparked following the brutal KKK murder of 14 year-old Emmet Till.

DuVernay goes on to highlight other pivotal events that occurred on this date, including Martin Luther King Jr.'s "I Have a Dream" speech in 1963, the onset of Hurricane Katrina in 2005, and the official party nomination of Barack Obama in 2008. On this date last year, Colin Kaepernick spoke out, for the first time, about his decision to protest the national anthem.

THREAD: Did you know this day is a mammoth one in African-American history? A date that has exposed two Americas. https://t.co/baZCYhEXdJ

Another history-shaping event will occur today in Atlanta, where a monument of Martin Luther King Jr. will be erected to replace a statue of segregationist, Thomas Watson, reports the Toronto Star—a symbolic  reminder to us all to continue to work to topple racism and oppression in the same vein as our heroes.

Ava Duvernay's August 28: A Day In the Life of a People, which stars Davido Oyelowo, Lupita Nyong'o, Angela Basset, Don Cheadle, Gugu Mbatha-Raw and a host of other talented actors, is showing exclusively at the NMAAHC.