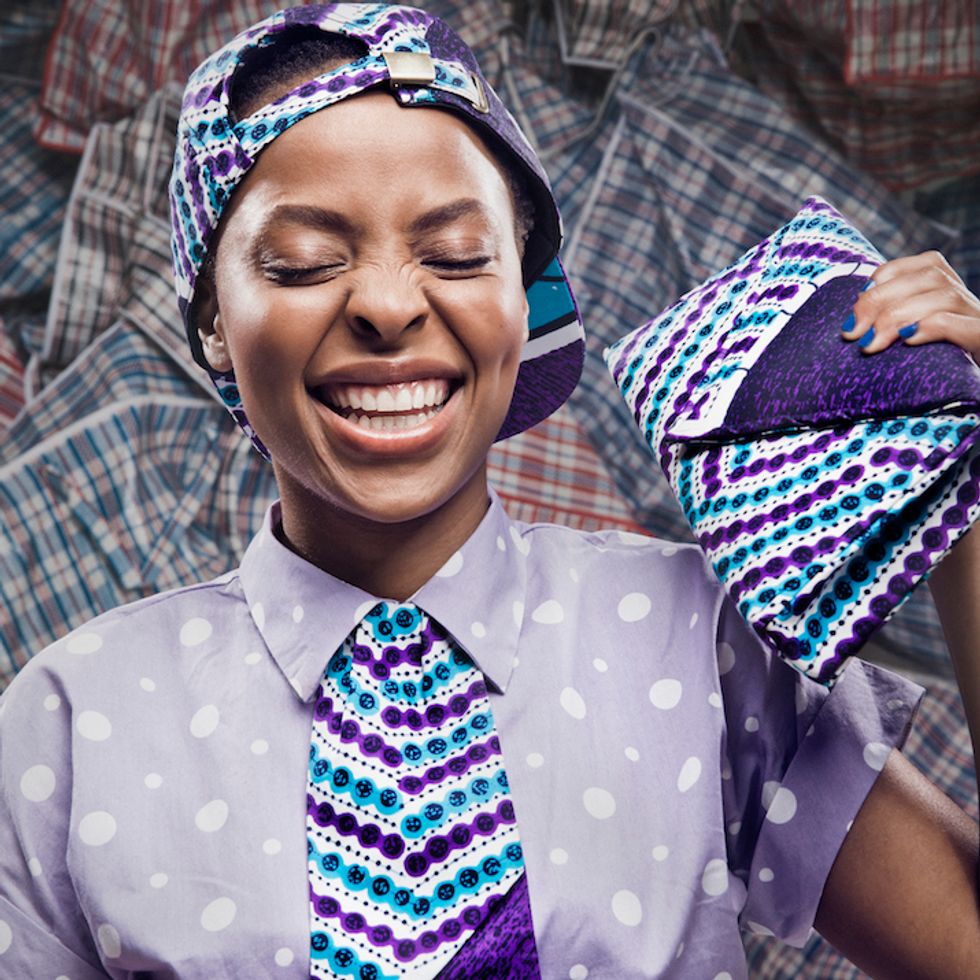 The Labo Ethnik, a Parisian event which features fashion & interior design, will host SA label Babatunde, we spoke with the brand's head designer.

Founded in 2007 by Yvette Taï-Coquillay, Labo Ethnik was created as a way to promote both emerging and established designers from across the globe on the Parisian scene. This year the 8th edition of Labo Ethnik will also welcome interior designers, adding visual arts to the festival's roster. In the run-up to this year's installment, starting May 22, we'll feature some of the designers that'll be participating in the 2014 edition. Below, we talk with the designer of South African labelBabatunde, a brand that perfectly mixes African-inspired prints with contemporary designs in their hats, caps, headbands, bow-ties and umbrellas.

Poundo for Okayafrica: So who's behind Babatunde?

OKA: When did you start considering fashion?

GC: I am a fashion stylist by trade. This is my 10th year in fashion. I was getting sick of freelancing and the instability of freelance work. So I decided to try my own thing. The obvious path was to start creating myself. I started by getting trilbies and caps made with fabric I had bought in Joburg in 2009.

GC: Nope. Not in an institution. I studied fashion by assisting stylists and immersing myself in magazines and music videos.

OKA: Where do you find your inspiration?

GC: From the ocean, from the streets of Joburg and then from traveling when I have the opportunity. I also find some documentaries very inspiring.

OKA: How would you describe Babatunde's signature in one sentence?

GC: Hehehe! Umm.. it’s difficult for me to say as I am a part of it. But I would speculate that most or a lot of people had not seen this interpretation of wax print before. I guess the amazing exposure we have received has also made it a bit special.

OKA: Your brand makes me think of a young hip African who blends his traditional roots with contemporary style. Do you think that you're bringing something new to the scene?

GC: It’s very difficult to say you are bringing something brand new. Most things have been done in the past. As much as I would love to say I am the first, I am sure if I dig deep enough, someone must have tried this in the past.

GC: A sense of comfort that is not trying too hard.

GC: Probably Lagbaja. Not sure he wears hats though…

OKA: What do you think of the term 'African fashion'?

GC: It’s a tricky question to answer. Right now is such an important time for the African clothing and textile industries. The world is open to our design/fashion currently. But you don’t hear Chanel or Tom Ford going as 'European or American designers/brands.' In my opinion, African fashion is finding it’s identity at the moment. And world fashion is looking to Africa for inspiration. So I guess for now the term is ok while we hope to be discovered and make connections abroad. But, eventually, we need to move towards being ‘quality fashion’ as opposed to 'African fashion.' And we need to embrace what is African and keep supporting it when the world moves on to it’s next darling. The goal is that when that happens, Africa will be considered a quality clothing and textile industry with good relationships in place with various parts of the world.

OKA: How's it feel to be part of the Labo Ethnik's 8th edition?

GC: It’s a great honour! Unfortunately I can’t be there myself so I am a little sad. But we are excited to be involved as it is our first time and interested to see how our products are received.

OKA: What do you expect to happen from this event?

GC: I don’t have any real expectations from these kind of events. For me it is about engaging with buyers, media and individuals. You want to find out from people what they do and don’t like and see how we can improve our business.

OKA: Describe Babatunde in one word.