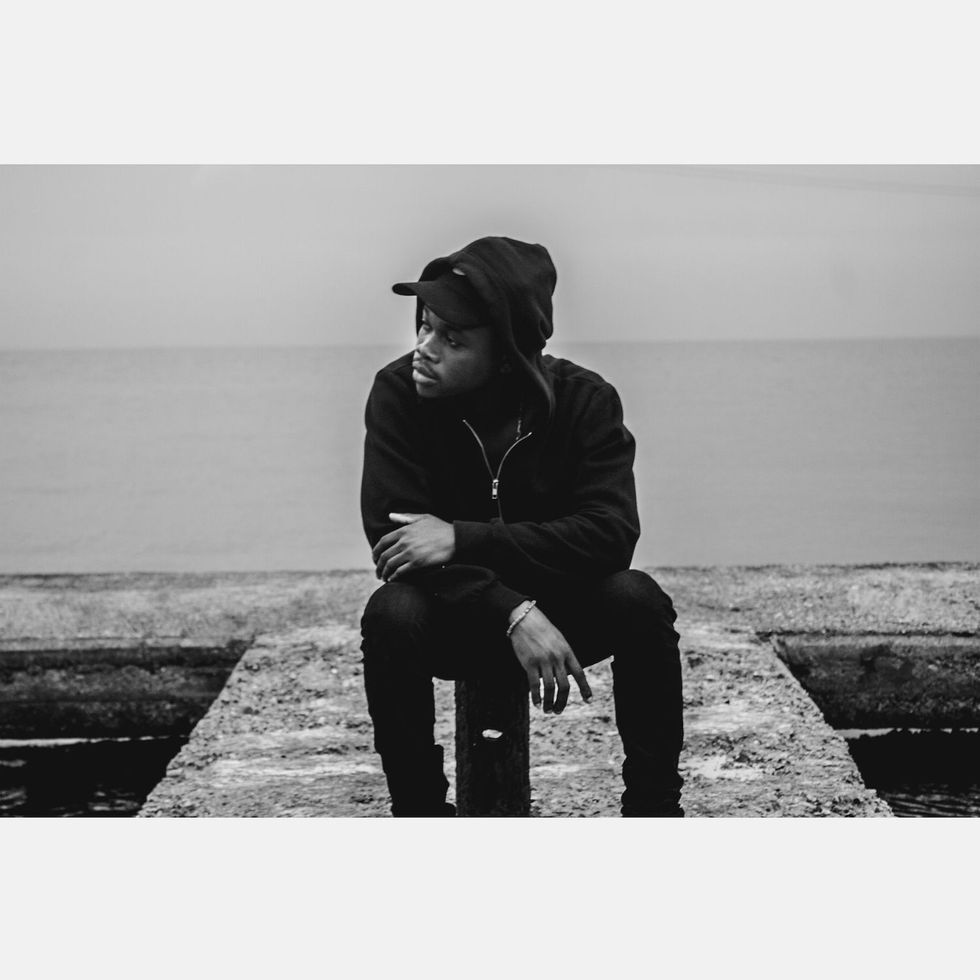 We speak with Nigerian producer BankyOnDBeatz about his new, all-female project 'Fuego Senoras'

Fuego Senoras is a rare project.

The album, produced by the Lagos-based BankyOnDBeatz, features an all-female cast of artists. It's title translates from Spanish to 'Fire Ladies.'

Some of the names featured are more easily recognisable than the others. Muna is a one time Most Beautiful Girl in Nigeria and a rapper, Niniola a runner up for Project Fame West Africa. Deena O, Lady Donli, AT, DJ Yin maybe less known but each is a distinct presence.

There's an interiority to the entire project that isn't only down to introspection and melancholia, but also just how personal some of the songs on Fuego Senoras are to these artists.

We spoke with BankyOnDBeatz about the project over e-mail.

What birthed the idea for Fuego Senoras?

Did you sell the idea to each artist with a view of it being a collective, or each song as a stand alone project?

No. I actually came up with the EP back when I was in University while tinkering on what I could do to stand out from everybody else. I then realised I had songs with a number of females and I decided to do a compilation of all those songs.

So for them, there was no pressure of "we are doing an all-female EP, O.K. you do this, you do that." This enabled them to have freedom of expression and allowed their personality and sound to shine through.

How many MCs did you consider in total before whittling down to 7?

Of course my imaginations ran wild. To be honest, I considered a thousand. However, I ended up with making do with the ones ready to work with me and I am delighted with all the ladies I worked with on Fuego Senoras. I’m proud to say I picked the cream of the crop for this project.

Any of the songs here could have been lead singles, so how did you decide which song should be the first?

There was no single dropped before the EP got released because each song is a single on its own thanks to the fire ladies. So I left this decision to the audience who apparently have fallen in love with "Heart Desire" featuring DJ Yin. So we had to release it as a single a day before Valentine's Day.

How was the writing on the album done? Did you co-write each song with each artist or did they do it all themselves?

I really admire freedom of expression, as I stated earlier. So I stuck to producing this time around, even though I write as well, allowing the ladies to bring out that fire.

"Pensive" is most impressive track because AT raps in double time and in such a melodic fashion. Why is it the only rap song in Fuego Senoras?

Well AT’s flow and delivery is distinct and I wanted that on this tape. I also like the fact even at such a young age, she’s hungry for success and is self-made. She really inspires other females striving in the industry. The song is all about her reflecting on her life so far and the presence of God in it. She was actually quoting bible verses that deal with God’s protection.

I wanted to create something people would listen to and say "that’s unusual." "Pensive" was that unusual track and I'm glad I found such an enigma in AT to bring it home.

It was already impressive that Muna is a beauty queen who could really rap, so it was a pleasant surprise to find that she also sings.

Not many people know of Muna’s singing skills. They only hear her rap and I wanted to show the world what a bundle of talents she is.

I'm ashamed to say this is the first I've heard of Sippie Wallace. Why did you decide on her for "Skit"?

As you know Fuego Senoras means Fire Ladies in Spanish and the Texas Nightingale, as Sippie Wallace was referred to, is an embodiment of this. The skit which was culled from "Women be Wise"—Wallace’s most popular record to date talks about women being wise about talking about their men to their friends. And you’ll notice the skit came after "Heart Desire" which is all about a lady being in love.

I hadn't always known her but I stumbled on "Women Be Wise" and the strong message the song sends made me think it’d be a perfect addition.

Two albums you've worked on—Fuego Senoras and Santi’s Suzie’s Funeral- are on repeat in my life and will continue to be in it. I try not to listen to them during the day, only late in the evenings as a weekly, or daily, ritual. Do you ever feel these two records are special?

Trust me when I say they hold more than a special place in my heart. For me it’s all about making timeless music and these two albums resonate this.