Here’s the Sex-Positive Feminist Anthem of the Year 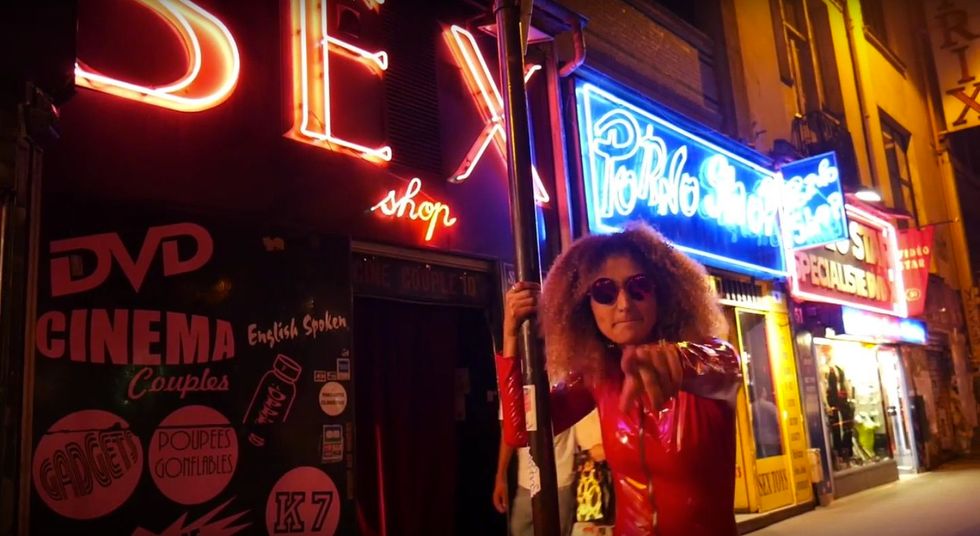 Batuk—the trio of South African producers Spoek Mathambo and Aero Manyelo alongside artist and vocalist Manteiga—are using house music as a means of connecting the diaspora.

Their debut album, Musica de Terra, is a truly pan-African affair with sonic influences that span from afrohouse to soul to zouk, kuduro, deep house, techno and traditional African sounds.

The album opens on an explosive note with “Força Força” (a Portuguese word meaning “power”). One such form of power the lyrics speak to is that of a woman and her sexuality.

“We are not fragile little porcelain dolls, we are strong sexual women who are not afraid of expressing [our] sexuality and desire,” Manteiga writes in an email.

“I find it so strange how men can buy condoms so easily at gas stations, but the minute a woman asks for some durex it creates a chill in the air and it whispers ‘whore,’” the singer shares. “It's a new time—we are pushing for equality. And that means on all fronts. This song is raunchy and demands attention, as does the video.”

In the video she’s referring to, the Batuk singer can be seen in a fiery red leather suit cruising around Paris’ 18th arrondissement (district)—a part of town known for an abundance of sex shops and prostitution. She’s absolutely owning her sexuality.

“We shot it in that location because it was so liberating for me to be able to dress that way and not be harassed,” explains Manteiga. “It’s as if any form of sexuality and expression is accepted on that stretch. No one even blinks. It was liberating.”

For Manteiga, it's about liberation and being allowed to be sexy and sexual without being labeled a slut.

“I know that being a feminist has many definitions and sometimes I don't like that term, but the way I understand it is that I am woman and I am equal and I am capable and I have freedom,” she says. “I can write a song about my sexuality and feel strongly about it. I can write a song and express the fact that I'm not a tea-sipping doll but rather a red hot racing fox. It's about liberation and being allowed to be sexy and sexual without being labeled a slut.”

The “Força Força” video is out today. Watch it above. For more from Batuk, read our exclusive track-by-track breakdown from the group on their debut album, Musica de Terra.