Batuk, The Pan-African Creative Collective You Need To Know, Make Their Spectacular Debut 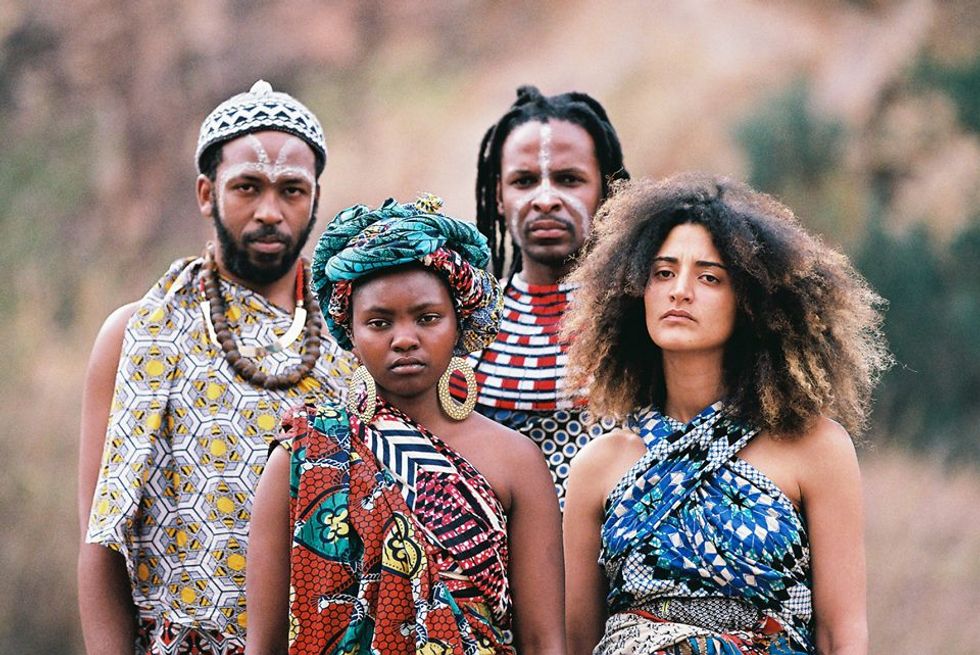 Batuk is the pan-African creative collective you need to know.

South African producers Spoek Mathambo and Aero Manyelo, alongside artist and vocalist Manteiga, see house music as a vehicle to connect the African diaspora through rhythm culture and language.

For their first project, the group looks to Mozambique as both their spiritual and recording home. Daniel's centerpiece is a thumping four-minute, South African-house-meets-afrohouse jam featuring frequent Batuk collaborator Nandi Ndlovu.

According to Spoek, the dancers are from two styles of "spirit dancing" from Mozambique, Malawi and Zimbabwe: Nyau and Mapiko. “We were really taken by the movements and beautifully crafted costumes and masks and wanted to explore that in our video,” Spoek tells us.

Batuk are currently completing work on their debut album. Set for release later this year, the project will see the group collaborate with Mozambicans Grupo Zore and Grupo Makarita and Ugandan artists Giovanni Kiyingi, Annet Nandujja and Nilotica.

The Daniel EP can be purchased on iTunes here. Check out a preview via Soundcloud below.