The Style & Spirituality Of Senegal's Baye Fall Mystics In Photos 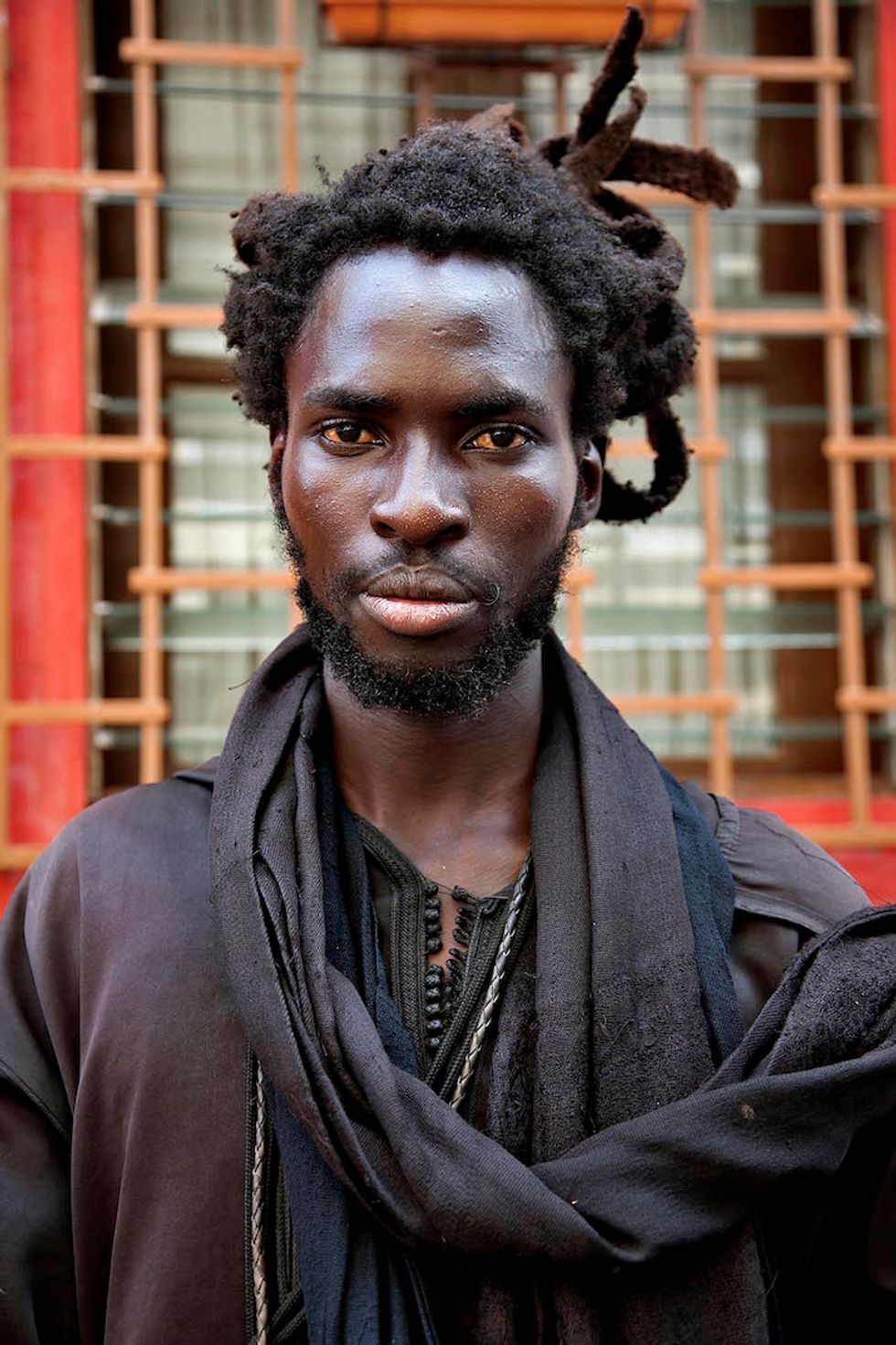 Laylah Amatullah Barrayn's photos of the Baye Fall Sufi order of Senegal are on view in a new exhibition at MoCADA in Brooklyn.

All images by Laylah Amatullah Barrayn, provided by MoCADA

In an interview with The Washington Post, Amatullah Barrayn reflected on her most recent visit to Senegal. “Each day the Baye Fall would greet me. There were men and women (ladies were Yaye Fall) who possessed a distinct aesthetic; they were immediately noticeable… They were Sufis, or mystics, in West Africa, a fascinating side of Islam that doesn’t receive much attention, except for the Turkish Whirling Dervishes and the renowned Sufi poet, Rumi.”

Inspired by what she saw, Amatullah created portraits of members of the Sufi community in Touba, the holy city of the Mourides. The resulting photographs capture the aesthetics associated with Senegalese Sufi spiritualism: 'locked hair,' natural and reused patchwork garments, bright colors, amulets, and prayer beads.

In addition to her photos of the Baye Fall people, Amatullah Barrayn's work highlights images of mosques and homes. These places carry special significance in Sufi culture, which specifically regards manual labor and construction of such spaces as an act of prayer and devotion among the Mourides.

The Mouride brotherhood, founded in 1883 by Amadou Bamba Mbacké, makes up about 40% of the total population in Senegal in addition to a prominent number of followers in Gambia. Amatullah Barrayn’s work explores the way in which spirituality and fashion are reflected in the everyday lives of contemporary mystics situated in a post-colonial context.

Baye Fall: Roots in Spirituality, Fashion, and Resistance is on view at MoCADA in Brooklyn June 18 through September 27, 2015.