Behind the Scenes at Sauti Sol's New York Concert 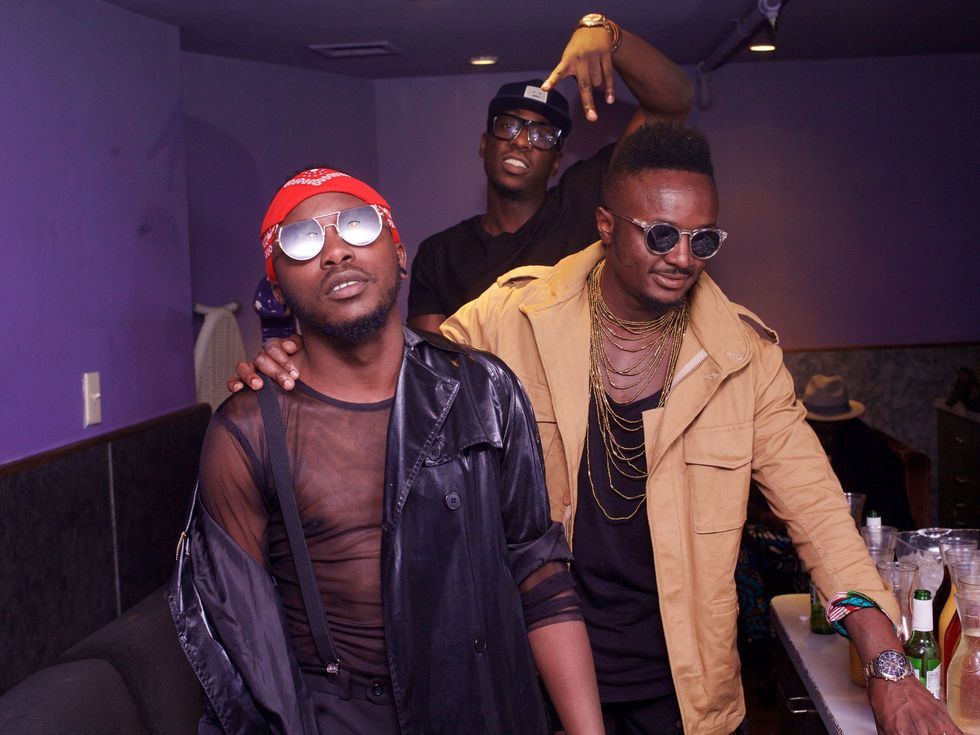 We went backstage with East Africa's favorite pop-group, Sauti Sol and their openers Jojo Abot and Vanessa Mdee. Check out our photos.

Last month East Africa's favorite band, Sauti Sol, were crowned Africa's best group at the MTV Africa Awards in Johannesburg. Being long-time fans here at Okayafrica, we partnered with the band to bring them stateside.

The result was that on Sunday night, the Kenyans sold out New York City's Highline Ballroom—kicking off a U.S. tour that is sure to win them some new American followers.

Sauti Sol are promoting their long-awaited third album, Live and Die In Afrika, which features hits like “Sura Yako,” “Nishike” and “Kuliko Jana,” and was one of our favorite releases of 2015.

We were backstage at the Highline Ballroom snapping pics of the boys and their openers, the New York-based Jojo Abot and the Tanzanian pop star Vanessa Mdee.

Check out the photos below.

Savara Mudigi and Willis Austin Chimano, relaxing before the show.