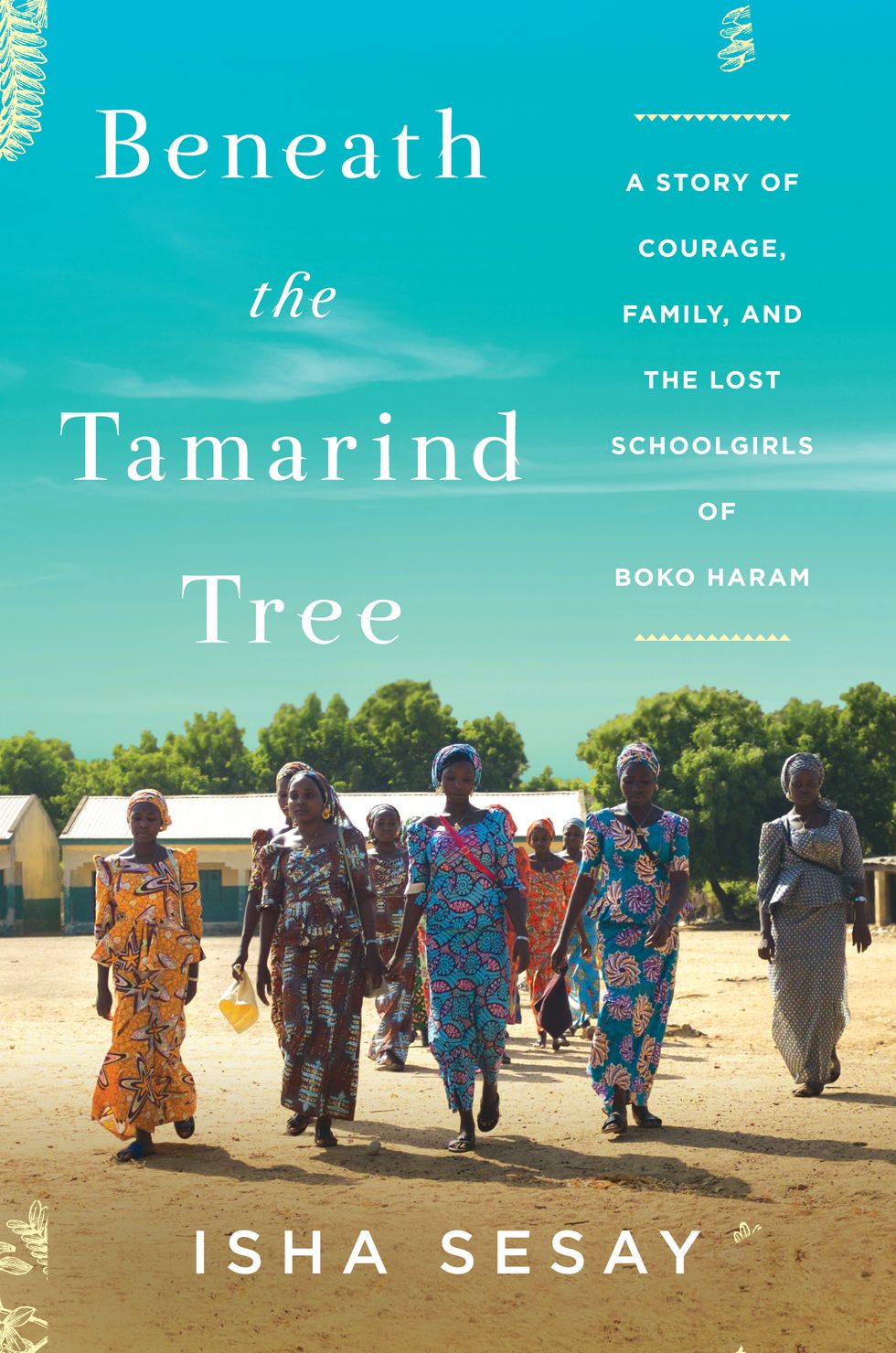 Cover of Isha Sesay's 'Beneath the Tamarind Tree'

Read an exclusive excerpt from the Sierra Leonean reporter's new book, which offers firsthand accounts of what happened to the girls while in Boko Haram captivity in an attempt to make the world remember.

Below is an excerpt from the seventh chapter in Sierra-Leonean journalist and author Isha Sesay's new book, "Beneath the Tamarind Tree," the "first definitive account" of what took place on the ground following the abduction of 276 schoolgirls by Boko Haram in 2014.

Continue on to read more, and revisit our interview with the reporter about why it's important for the world to remember the girls' stories, here.

"We should burn these girls!"

"Why not leave them here?"

The men were still arguing, dozens of them trading verbal blows while Saa and the other horrified girls looked on. None of the men seemed particularly troubled by the fact that the lives of almost three hundred schoolgirls hung in the balance. Amid all the yelling, the girls had been divided into groups. Each batch would burn in a different room in the school buildings that were aflame just a few feet away. Tensions were escalating when a slim man with outsize eyes suddenly appeared. Saa had never seen him before. Like many of the insurgents, he too looked young and was just as scruffy. But when he spoke, tempers seemed to cool for a moment.

"We wanted to burn them!"

"Why not take them with us, since we have an empty vehicle?"

His suggestion triggered a fresh round of quarreling. The same positions were expressed, and the newcomer continued to calmly repeat his idea of taking the girls with them, till he finally got his way. The girls later discovered his name was Mallam Abba. He was a commander.

None of it made any sense to Saa. Why? To where? As the insurgents shuffled her out of the compound, she felt as if her whole life were on fire. All Saa could see was the ominous orange glow of flames consuming every one of her school buildings. With every step, the fears within her grew. She struggled to make sense of the competing thoughts throbbing in her head. This isn't supposed to be happening. The insurgents had asked about the boys and the brick-making machine; they'd systematically emptied the school store, carrying bag after bag of foodstuffs and loading all of it into the huge waiting truck. With everything now packed away, Saa had thought the insurgents would simply let the girls go home. After all, that's what had happened during their previous attacks on schools—they'd always let the schoolgirls go, after handing out a warning to abandon their education and strict instructions to get married. Saa had simply expected the same thing to happen once more, not this.

She scanned the crowd of faces surrounding her; the creased brows and startled expressions of the others made it clear that everyone was equally confused. Whatever the turmoil they were feeling, they kept it to themselves. No one said a word. Saa fell into a sort of orderly scrum with the men corralling and motioning her forward with their guns, each weapon held high and pointed straight at the girls.

Saa and Blessing moved in unison, along with the hundreds of others, snaking along in the dark through the open compound gate, past the small guard post usually occupied by Mr. Jida, which now sat empty. Yelling came from nearby Chibok town. Saa could smell burning, then heard the sound of gunshots and people running. It was bedlam.

Just beyond the compound walls sat a crowd of bushes. As she and the men moved out into the open, Saa felt their thorns spring forward, eager to pull at her clothing and scratch and pierce her body. Careful not to yell out in pain, she tried to keep her clothes beyond the reach of the grasping thicket with no time to pause and examine what might be broken skin.

Saa retreated into herself and turned to the faith that had anchored her entire life. Lord, am I going to die tonight, or will I survive? Desperate to live, unspoken prayers filled her mind and she pleaded, repeatedly, God save me.

She was still praying as they walked down the dirt path away from the flaming school. The shabby-looking men with their wild eyes gave no explanation or directions. They simply motioned with their heads and the sweep of their rifles, making it clear to keep moving. As the reality began to sink in, Saa felt her chest tightening. Her heart was going to beat its way out of her body. But she couldn't allow herself to cry or make any sound. Any kind of display would make her a target, and who knew what these men might do?

The insurgents walked alongside, behind, and in front of her; they were everywhere. Every time Saa looked around, their menacing forms filled her view. Initially, all the girls were steered away from the main road and onto a rambling path overgrown with bushes; the detour was likely made in an attempt to avoid detection.

Parents lining up for reunion with daughters (c) Adam Dobby

This excerpt was published with permission from the author. 'Beneath the Tamarind Tree' is available now.