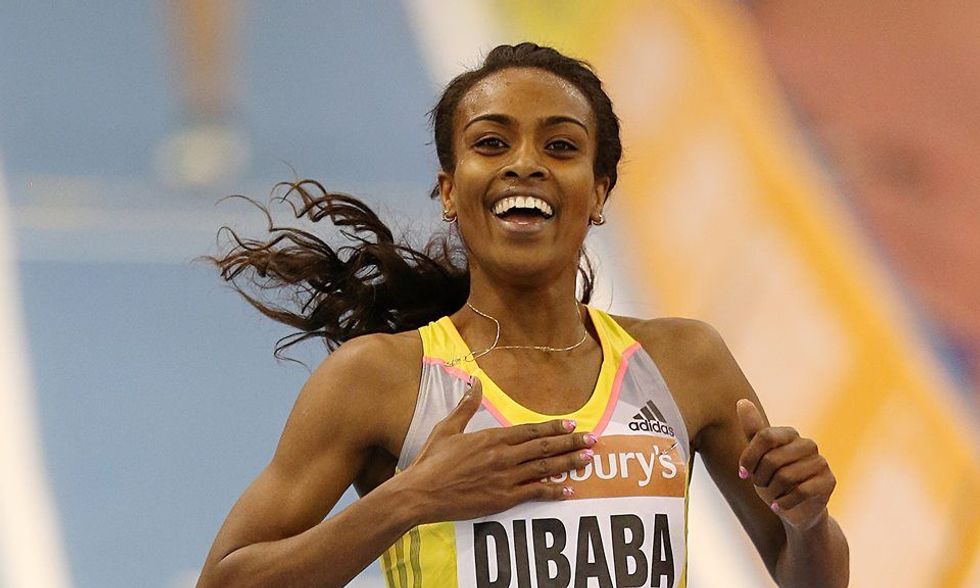 Ethiopia's Genzebe Dibaba has yet another record to add to her growing list.

Yesterday, at the Miting Internacional de Catalunya in Sabadell, Spain, the long distance runner and three-time world indoor champion, shattered the 2000m record, clocking in at 5:23.75 and completing the race seven seconds faster than the previous record holder, Gabriela Szabo. This is the athlete's sixth world record.

Dibaba breaks records like clock work. Aside from her newly earned title, she also holds the world records for the indoor 1500m (she holds the outdoor record in this category as well), the 3000m and the 5000m. She earned Ethiopia's first Olympic medal in the 1500m race last year in Rio.

Greatness runs in the family too (no pun intended). Her and her sisters pretty much own the middle and long distance running game. Her older sisters Tirunesh and Ejegayehu Dibaba are also record-breaking Olympic champions.

Dibaba turns 26 today, and she's already solidified her position as one of the world's top athletes. It looks like there's literally no slowing her down.