The Best East African Songs of 2017 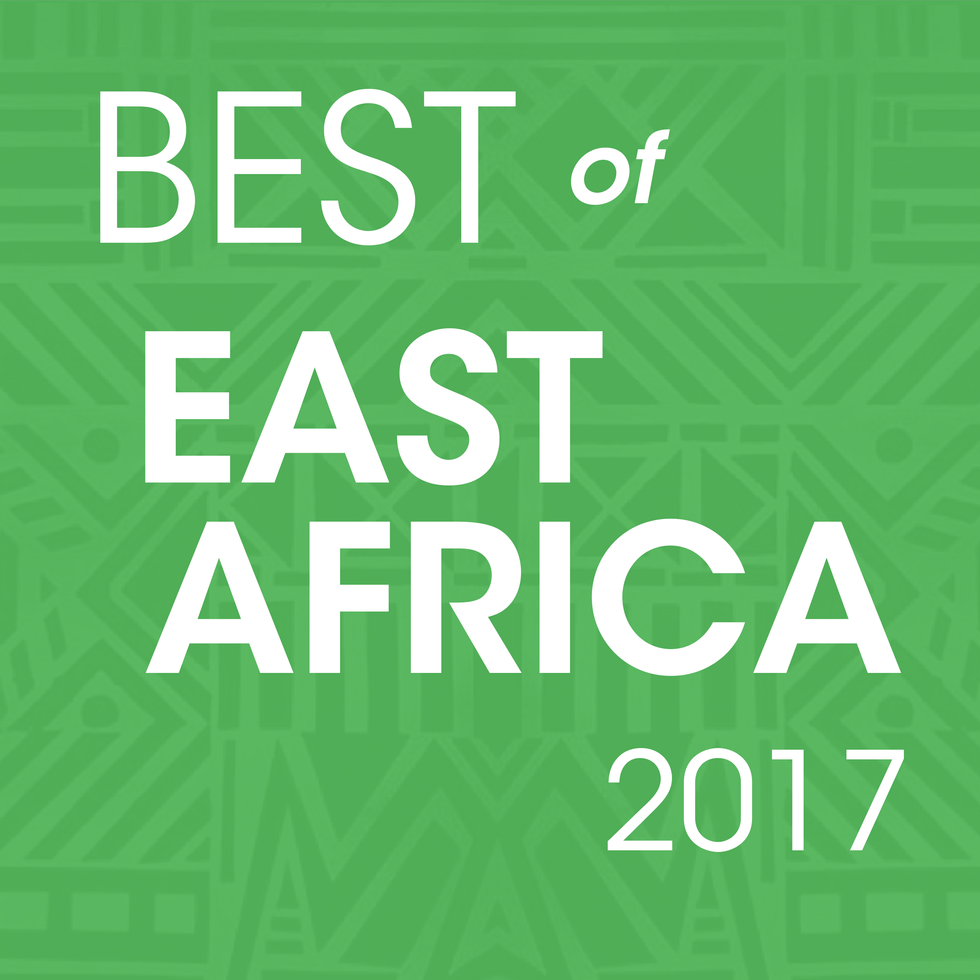 It's that time of the year again ladies and gents. 2017 is coming to a close and we couldn't help but reminisce on what an impressive year it's been for African music. We're constantly being bombarded with so much good stuff these days that it's become more and more difficult to properly analyze everything and pick favorites.

As far as East African music goes, the bar has been raised a few inches higher and competition has gotten stiffer as more artists strive to make their mark in an ever-growing industry. This list features the likes of Bongo flava star Diamond Platnumz, Tanzanian diva Vanessa Mdee, and Kenyan afro-pop kings Sauti Sol. In no particular order, these are songs that made a huge impact in the East African musical sphere this year, or maybe they just sound really good.

The Kenyan afro-pop band surprised fans with sultry banger "Melanin" which has become the latest anthem in praise of black women. This time they joined forces with Nigerian artist, Patoranking, who added some dance-hall flavor to the track. It starts with the classic Sauti Sol vocals and acoustic guitar riffs and then builds up into a lively club record. The music video was met with some controversy, only just avoiding a ban from local TV stations for being too steamy. Nevertheless, it's still one of the top trending music videos on the continent and the viewership continues to grow. The boys are unstoppable at this point and we have more heat to look forward to from their forthcoming LP "Afrikan Sauce" which will be out in 2018.

Alikiba caught most of us off guard when he dropped "Seduce me" in August. It seemed to be a step in a new direction for the Tanzanian singer who has already been dubbed as the "King of Bongo flava". With a clever mix of English and Swahili lyrics and a more contemporary beat, it's a track that appeals to listeners well beyond East Africa. The song proved that Alikiba is an artist who is ready to experiment and push the boundaries of Bongo flava music. The song is undeniably infectious and it's not hard to see why it has already surpassed 8 million views on Youtube.

"Ohh hizo ni zama za kale, ohh sanguro na pepe kale". If you live in the region you've probably heard this intro several times. Even though it's been severely overplayed it is still full of punch every time you hear it. The song's distinctiveness stems from the fact that it's a group effort. It features all WCB Wasafi Artists including Diamond Platnumz, Rayvann, Harmoniz, Mbosso, Lavalava, Queen Darleen and Rich Mavoko. It is sung entirely in Swahili over an up-beat traditional style production which enhances its nostalgic feel. The massive success of the single coupled with the popularity of its ensuing music video confirms that Diamond and his troupe are more than ready to take Bongo flava to the world.

After a long hiatus in the US, Nyashinski returned to his home country, Kenya, last year and now he's one of the most sought after artists in the country. Chart-topper "Malaika" is a far cry from his Kleptomaniax days as he showcases his softer, more romantic side with the slow-paced love song. The lyrics are powerful and he sings passionately about a special lady in his life. Hearts have been melting all over the place since its release, not to mention all the brides who've walked down the aisle to this song of late.

Harmonize is the Tanzanian sensation who made his breakthrough in the East African music scene with "Aiyola" in 2015. Since then his popularity has steadily risen and he's established a solid foothold in the industry. He teamed up with his label mate Rich Mavoko to give us "Show Me", one of the hottest club bangers of the year. With its catchy lyrics and contagious melodies this song has undoubtedly been getting crowds moving on dance floors from Dar es Salaam all the way to Kampala.

Earlier in the year renowned Ugandan ragga artist Bebe Cool teamed up his East African counterparts, Sauti Sol, for 'Mbozi za Malwa'. The title of the song is a Luganda phrase for conversations that usually take place when friends are having a drink at their local bars. The two parties may be poles apart in terms of genre but their voices blended seamlessly in this song. Needless to say, the groovy afro-dancehall track was one of the biggest East African collaborations of the year.

It's safe to say at this point that Tanzania has become somewhat of a benchmark for music in the region. Vanessa Mdee is our very own afro-pop princess whose efforts have helped give Swahili language music a more global appeal. She lands on the list with "Kisela" featuring Mr. P of Nigerian duo P-Square. It is an emotional, mid-tempo track that tells the story of a woman heartbroken by a man who is playing games with her. The E. Kelly produced single shows a different side of the singer who confesses the lyrics were inspired by her own personal experiences.

The upbeat dance track was released by Ugandan hit maker Eddy Kenzo, in promotion of his latest album "Biology" which dropped in July. It's a really energetic song, not the kind to get you rushing to the dance floor but it certainly gets your spirits up. The song was followed up by an exuberant music video as his aim was to communicate a feel of happiness and love for one another. With all the patriotic and celebratory vibes this song exudes, it's no wonder they call him the "King of Happy Music".

It's no secret that Victoria Kimani has been putting in work. Her single "China Love" features award-winning American duo R.City who have worked with an endless list of pop stars including Rihanna, Beyoncé and Miley Cyrus. In the bouncy track the Kenyan singer implies that she only wants real, authentic love and not fake love, hence the China reference. It's ironic that she later shot the video in China but hey.... her colorful outfits and the stunning scenery make it worth the view. The chorus and the hook are very catchy and her vocal delivery is on point as usual. "China Love" is easy on the ears and perfectly tailored for a wide audience.

It's been a good year for Bruce Melodie. The R&B star made history for his country by being the first artist from Rwanda to appear on Coke Studio Africa. His stint on the show definitely earned him a larger fan base outside Rwanda but before that there was a song called "Ikinya". The afro-dancehall tune became a summer anthem in his home country and dominated the airwaves for weeks on end. With its organic and dance-ready production, it was not long before the tune had crossed over to the rest of East Africa.