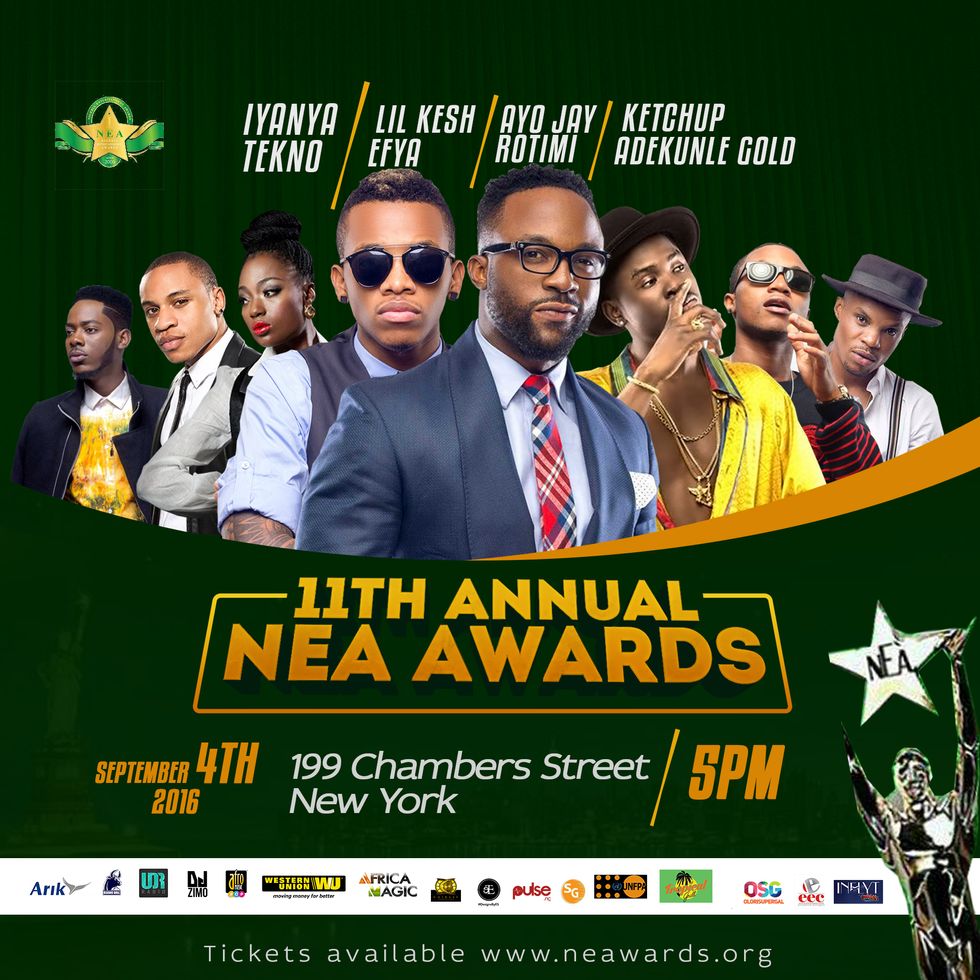 If you’re in NYC and still figuring out your Labor Day weekend plans, the Nigeria Entertainment Awards (NEAs) could be the move for Sunday, September 4.

Held at the Tribeca Performing Arts Center, the premier awards ceremony in its 11th year seeks to recognize the contributions of Nigerian and African entertainers, as well as Nigerians who’ve made an impact in their communities in Nigeria and in the diaspora.

Flier courtesy of the NEAs.

The 11th Annual Nigeria Entertainment Awards is set to begin at 5:00 p.m. on Sunday, September 4 at 199 Chambers St. More information and for tickets, check out the NEAs website here.