Beta Israel: Ethiopian Jews To Return To The ‘Promised Land’ by 2020 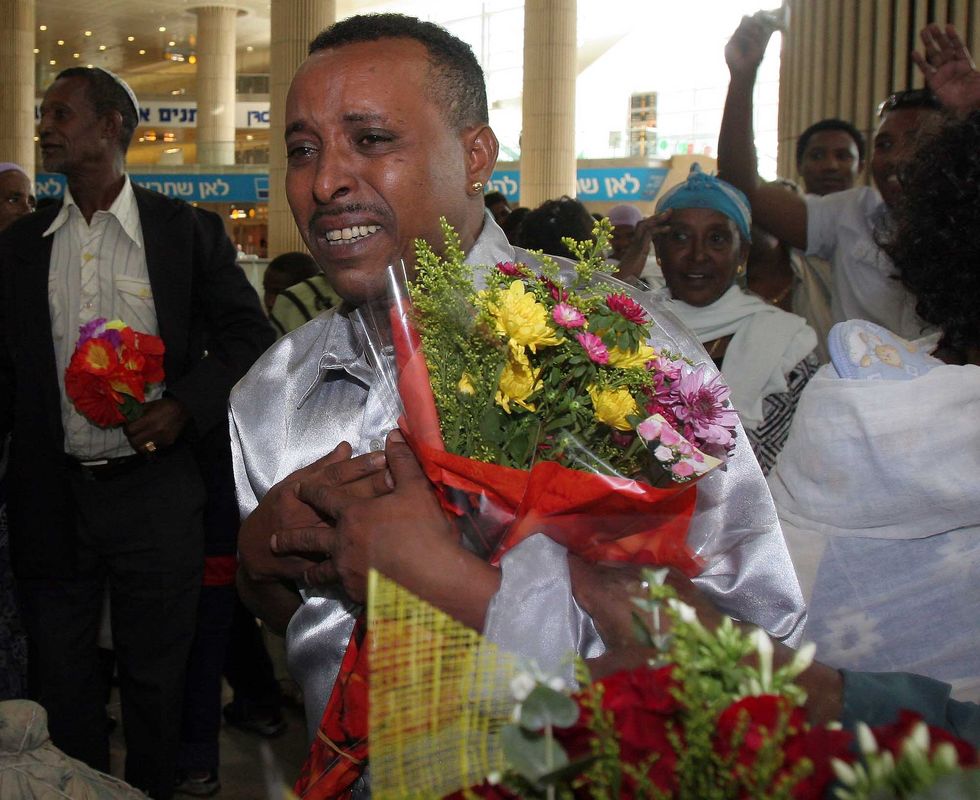 With Passover ending on April 30, thousands of Beta Israel hope to finally return to their homeland from Ethiopia.

Photo courtesy of The Jewish Agency for Israel.

The Passover celebrations in the northern Ethiopian region of Gondar are particularly lively this year.

Preparations took weeks of advance work with tens of thousands of matzahs, a flatbread of Jewish cuisine, being baked for the festivities.

The Seder, which fell on April 22 of this year, is the commencement feast for Passover. The story of Israelites gaining freedom from bondage in ancient Egypt and their journey to the promised land is recited.

The story resonates strongly with the thousands of Ethiopian Jews who remain in Ethiopia, the majority of them being in Gondar, with some spread throughout the country in places such as the capital. With Passover ending tomorrow, April 30, the promise of passage to Israel hangs over the celebrations.

Ethiopian Jews are also known as Beta Israel. Their history is long, complex, and fascinating with a range of scholars disagreeing on their exact origin. Around 9,000 Ethiopian Jews remain in Ethiopia, and many have been waiting for decades to make the journey to Israel to unite with their family members who are already living and working there.

The modern state of Israel was established in 1948. While a 'promised land for some,' Palestinians, who also call the area home, were (and continue to be) displaced, brutalized, bombed and kept under an oppressive military occupation with deplorable conditions in places such as Gaza. Human Rights Watch notes, “Israel enforces severe and discriminatory restrictions of Palestinians' human rights, and it builds and supports unlawful settlement in the occupied West Bank."

The Beta Israel community of Ethiopia and Eritrea, whom were forced to convert to Christianity, are also referred to as Falash Mura.

Approximately 135,000 Jews with Ethiopian background have made their Aliyah, a term to describe the return of the Jewish Diaspora, to Israel. The Israeli government has been heavily involved in making this a reality. In 1984, The Israel Defense Forces, in collaboration with Sudanese forces, the United States embassy and the C.I.A. brought around 8,000 Ethiopian Jews to Israel as they faced famine.

The action was dubbed Operation Moses. Tens of thousands have relocated since.

In August of 2013, after 400 Ethiopians arrived to Israel, it was declared the operation to bring all of Beta Israel was complete. Yet, there were still thousands of the Falash Mura, whom some discounted as not being truly Jewish, in Ethiopia. Demonstrations to bring them to Israel followed. Two Israeli MKs, in protest, even abstained from voting in other decisions, making it so that multiple measures could not pass.

But what awaits Ethiopian Jews in Israel is uncertain. Headlines have been full of reports of Ethiopians in Israel facing police brutality, high-levels of poverty, limited economic opportunity, and disproportionate arrest statistics.

Protests rocked Israel last May following a police related incident that was recorded on video. Demas Fekadeh, an Israeli solider of Ethiopian heritage, can be seen being assaulted by police in Holon—a suburb of Tel Aviv.

Police resorted to heavy-handed tactics, firing stun grenades and tear gas at protesters. Demonstrators protested in front of the Israel Police headquarters, marched through city streets, and blocked major roads and highways creating gridlock. Many drew parallels of the situation in Israel to that of Baltimore, Maryland, where at around the same time anti police brutality protests were raging, prompted by the death of Freddie Gray.

The commonalities of police brutality in both countries deepen with reports of Israeli defense forces training American law enforcement officers from agencies such as local police departments to U.S. Customs and Border Protection agents and the F.B.I.

After negotiations, plans have been set for the emigration to commence in June, where the remaining 9,000 of the Falash Mura will be relocated to Israel in increments by 2020.