Beyoncé Announces Pregnancy, We All Lose Our Minds 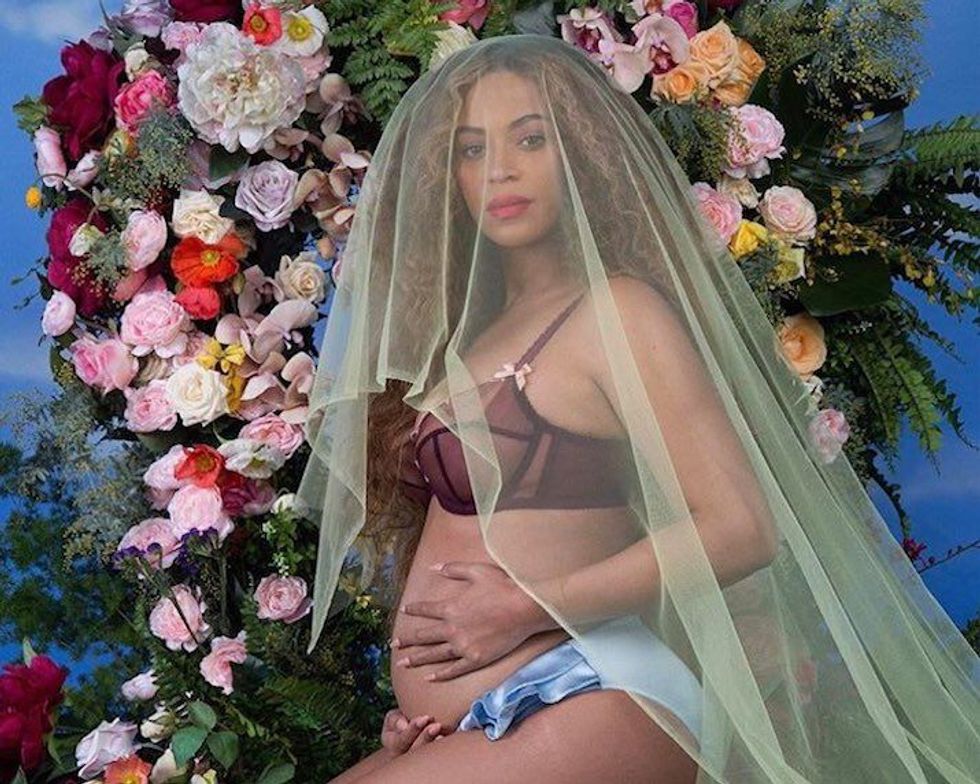 It started out like any other day. We were out and about, chilling, minding our own business.

And then, the Queen Mother, Beyoncé, came out of nowhere and decided that she wanted more for this day.

In quintessential Beyoncé fashion, she took the world by storm by announcing that she's pregnant with not one, but TWO royal seedlings.

We would like to share our love and happiness. We have been blessed two times over. We are incredibly grateful that our family will be growing by two, and we thank you for your well wishes. - The Carters

WHAT IS LIFE EXACTLY?

Of course, news of this sovereign occasion has people catching the Holy Spirit all up and down Twitter.

Me: I dunno why y'all care so much about these celebrities' lives. They're just people.

"Beyoncé is having twins!!!"

Beyoncé is pregnant...With twins. I have hope. my faith is restored. amen. pic.twitter.com/okxExMj8W8

It's being reported that her post is the fastest pic to reach a million likes on Instagram.

Within MINUTES, Beyoncé is now the #1 trending topic on Twitter. Additionally, her IG post is the fastest to reach 1M likes in history. pic.twitter.com/Vn2MPUzqR4

AND IT'S BLACK HISTORY MONTH!

It's black history month AND BEYONCÉ IS HAVING TWINS. Wow February is already so much better than January pic.twitter.com/J7YMkcHBIW

Beyoncé: Y'all mind if I wild out? pic.twitter.com/mlGm1GaTjk

We can't wait to meet Yellow Moss and Purple Fern!