This London Film Festival is Rethinking the Scope of Nollywood Cinema 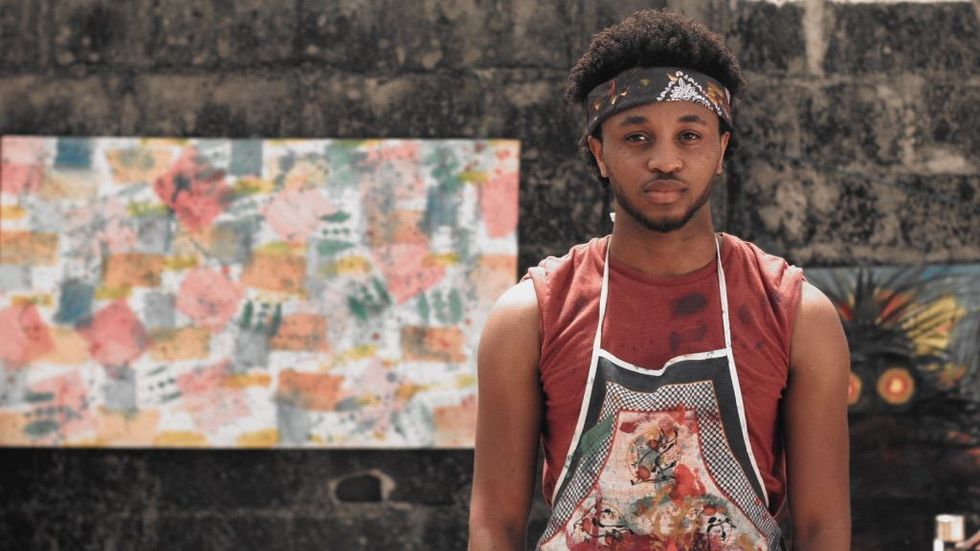 We speak with Nadia Denton, curator of the Beyond Nollywood film festival in London.

Beyond Nollywood is a three-day festival of Nigerian films held annually in London as part of the British Film Institute’s Black Star event series. The weekender is only in its second year, but it’s impact is already clear. Returning curator Nadia Denton has once again set out to showcase the full breadth of new Nigerian cinema—from art house to documentaries to animation and experimental films—made by the new generation of Nigerian filmmakers.

We caught up with Denton, the author of “The Nigerian Filmmaker's Guide to Success: Beyond Nollywood” (from which the event takes its name), ahead of the festival’s opening gala this Friday at the BFI Southbank.

What birthed the idea for Beyond Nollywood?

Beyond Nollywood is Nigerian cultural film content that extends beyond Nollywood—documentaries, art house, animation, experimental and diaspora films as well as music videos.

In writing my book two years ago I discovered that the content on the periphery of Nollywood is actually a growth area within the Nigerian film industry, and in my opinion the most likely to cross over internationally.

The festival is in its second year and you're curating it for the second time, which must mean that you did a very good job last time around. How do you compare the success of the first to the expectations you have this time?

The first Beyond Nollywood weekender took place in 2014 to mark the release of my book. It was a small event where we showed four films and had conversations more closely tied to the book.

At this year's Beyond Nollywood, we’ll be showing 17 films as well as host an afrobeats night [the first ever at the BFI Southbank] with DJ Cuppy as well as a special Nollywood Star showcase with Nse Ikpe-Etim.

So whereas the first event announced the launch of my book, my expectations are that this year’s event will extend the concept of Beyond Nollywood even further as well as attracting a far wider audience.

Tell us about your curatorial process.

It was important for me to continue the conversation started in [my book], which is essentially that there is some exciting film content emerging from the Nigerian film space which is rarely seen because it does not fit the Nollywood model.

A number of the films are by filmmakers that featured in my book, like Ishaya Bako (Henna and Silent Tears) and Tope Oshin (Ireti and Amaka’s Kin: The Women of Nollywood) and also other talent that I discovered along the way such as Abba Makama (Green White Green) and Victoria Thomas (I Believe in Pink).

I was essentially on the lookout for content that tells us something different about the international Nigerian experience and filmmakers emerging from this space. I wanted to curate a programme that had quirky films which would challenge audience expectation.

How were the films chosen?

I chose films that had not yet been seen in the U.K. and had been made in the last 12 months. These are films that I regard as being unusual or which had a narrative that we don’t often see coming out of Nigeria. So we have shorts that deal with issues ranging from Boko Haram as we see in No Good Turn (Udoka Oyeka) to prostitution in Honey (Olu Yomi Ososanya).

I also mixed these up with voices from the diaspora. They include an afrofuturistic-inspired short called The Golden Chain by video artist Adebukola Buki Bodunrin and Mrs. Bolanle Benson (Sade Adeniran), a sensual piece about a 60-year-old woman who has an illicit meeting with her lover.

I enjoyed Faaji Agba and have seen it twice so far. Why did you choose it?

I chose it because there are no other significant music documentaries that have come out Nigeria in recent years featuring veteran musicians such as Fatai Rolling Dollar. I knew that it had a ready audience who would want to learn more about the history and development of musical forms such as akpala, highlife, juju and afrobeat.

Is there any real difference between “New Nollywood” and “Nollywood”?

Yes, I would argue in budget and aesthetics. New Nollywood is glossy and has high production values that are intended for the cinema screen. Nollywood, on the other hand, is made for the small screen and is more about mass sales than artistic virtues.

What's your attraction to Nollywood as opposed to other film industries?

Throughout my career I have championed the work of filmmakers of African descent. Nigeria has one of the biggest industries in Africa. The Nigerian film industry is of particular interest to me at the moment because I noted a trend four years ago when I started writing my book and have seen this develop much in the fashion that I thought it would which was more international acclaim for what I term “beyond Nollywood.”

Take Green White Green for instance, the film that we are opening the programme with. Not only is it the first art house film to emerge from Nigeria, it has had rave reviews in the international film press as well as premiering at the Toronto International Film Festival. It has also has been sold to Netflix.

Do you think if Nigeria’s film industry was started with the same production ethos imported for Hollywood or elsewhere, that it would have still grown at the rapid rate it has—most of which is the enterprising work of individuals?

I think it’s unfair to compare Nollywood to Hollywood or any other industry for that matter. Nollywood developed out of unique circumstances which are peculiar to Nigeria.

What has been a strength for Nollywood, i.e. the enterprise of individuals, is also what has created the most challenge within the industry. At present there is no overriding body or organization that can be said to represent Nigeria.

Individuals can only go so far. It is a collective, unified body of practitioners that is needed to elevate the industry above its current position.

Beyond Nollywood takes place Friday, 18 November, through Sunday, 20 November, at the BFI Southbank in London.