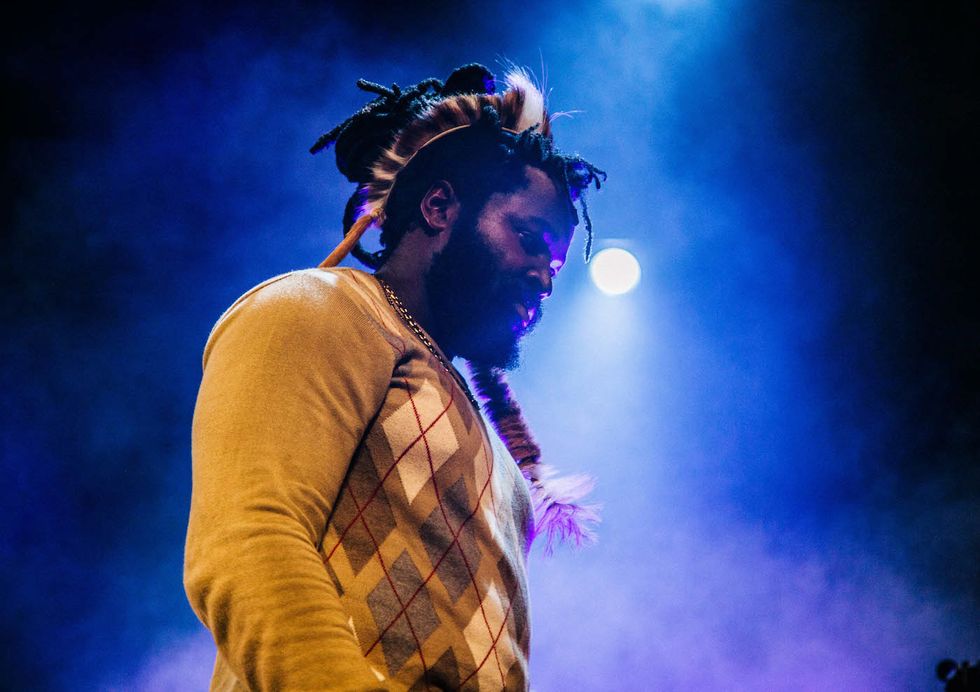 Big Zulu's profile stays rising. In the last few years, the Kwazulu Natal-born rapper has made the transition from a streets emcee to an artist seen on billboards across the country. A few weeks ago, he announced a collaboration with one of the country's biggest rappers Cassper Nyovest, "Ama Million," which is the album's lead single.

In his recently-released sophomore album, Ungqongqoshe Wongqongqoshe, Big Zulu's beat selection is diverse and the music takes on the rapper's character. While beats on songs like "100 Bars" are trademark Big Zulu, the trap production on "Ama Million" and the title track reveal a rapper who's aware of where music currently is and refuses to get left behind.

Things get interesting in songs like "Vuma Dlozi," "Ugogo," "Lomhlaba Unzima," "Wena Wedwa" and most of the songs on Ungqongqoshe Wongqongqoshe. The production in these songs and most of the album references maskandi, a genre Big Zulu is fond of.

The rapper's affinity to the traditional genre is deeper than fandom—Big Zulu and fellow Bergville native and friend Sjava are a few of the country's hip-hop artists whose fanbase expands into the maskandi market. They have shared stages with some of the genre's top artists regularly. So, the maskandi artist Umzukulu's appearance on Big Zulu's "Lomhlaba Unzima" (and his previous album) is not surprising. So is the Shwi Nomntekhala sample on "Ubuhle Bakho."

His debut album Ushun Wenkabi only relied on features to make this connection between Big Zulu and maskandi. In his new body of work, he further tightens that relationship.

With Ungqongqoshe Wongqongqoshe, Big Zulu accommodates his maskandi fanbase and keeps his hip-hop fans entertained with relentless bars that aren't always for the faint-hearted. For instance, in the song "100 Bars," he raps: "Akewume DJ, usufuna ng'nqonqoz' umshina, uza nomnqondo we Marikana, kim' i-gold digger lithol' piki" and "Ufun' ibeef ungalusanga, ngibiz' uZodwa ubon' inkomo" on the title track. On the latter song, which opens the album, Big Zulu sneers at trap rappers, reflects on his rise and SA hip-hop, calls the game out for its bullshit, namedropping and throwing subliminal lines to a few rappers.

Alongside the aforementioned guests, features on Ungqongqoshe Wongqongqoshe include AB Crazy, Fifi Cooper, Kid X, Mnqobi Yazo and others. The likes of MBzet and Tru Hitz handle some of the production on the album.

Ungqongqoshe Wongqongqoshe is a follow-up to his debut album, last year's Ushun Wenkabi. This time around, Big Zulu managed to make an album that is grabbing and has mass appeal, without compromising what his rap fans love him for—raps that are delivered with a flow that, though monotonous at times, is always convincing. His raps are still decorated with punchlines, similes and metaphors that will either crack you up or rub you the wrong way. Emotive songs like "Ugogo" and "Lomhlaba Unzima" expose the humane side of the relentless character he shows off on his egotistical songs.