'The Biker Gents of Lagos' Chronicled In The Sauvage, A New African Men's Style Blog 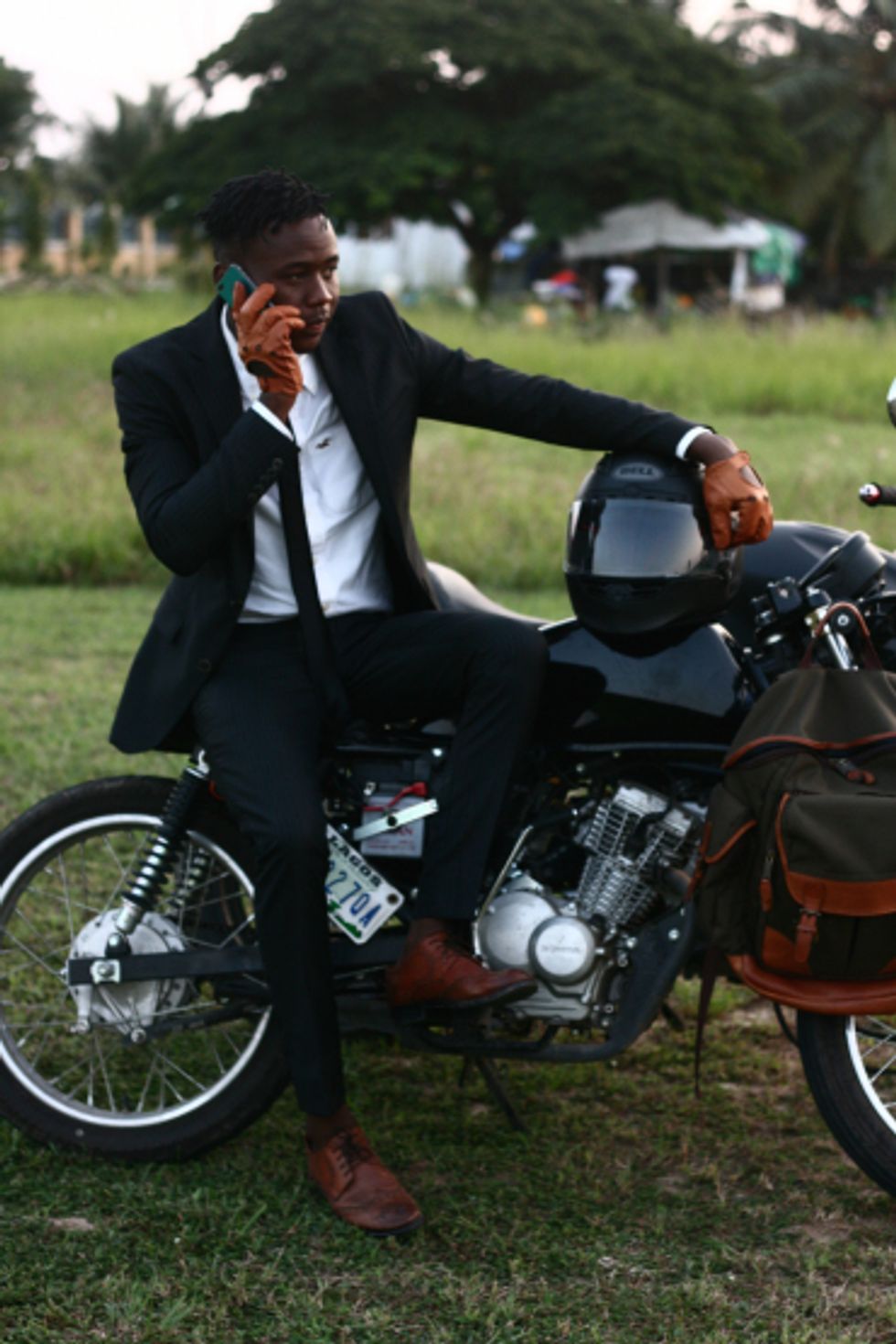 Emerging African male style blog The Sauavage followed the Biker Gents of Lagos as they drove their café racers around the Lekki Penninsula.

The Sauvage is an emerging African male style blog that made its official debut last month. The publication promises to serve as an online destination for fashion and lifestyle for the "Afropolitan" man. "There’s no form of representation for the black African man," said a welcoming note from the site's editor posted August 8th. The letter explained:

"We’re not in GQ, and we’re not in Vice, and we’re certainly not in Vogue. And we aren’t catered to by any of the local blogging or magazine giants. We’re not on bellanaija, and we’re not on Linda Ikeji, and even though the African fashion industry is rising, there’s nothing for us. I mean, where would you go if you wanted a good suit by an African designer? Or what if you like pink suits, and yellow socks, but no one else around you does, so they all tell you that it’s wrong. You wouldn’t know that there was another person two countries away that was into the same things as you. There is a way that the modern African man likes to look: well put together, sleek, and dandy as hell, and this is grand. It’s brilliant! It’s fantastic! But several African men don’t know how to achieve this foppish grandeur. And what of the others? The sub cultures that have formed as a result of globalisation? Are they not valid too?"

For their very first feature, the writers at The Sauvage followed industrial product designer Funfere Koroye (of the blog Fusion Kelvar) and Oluwapelumi Alabi (of the Nigerian style blog Urbane Hanger)– aka the Biker Gents of Lagos– as they drove their café racers (motor bikes) around the Lekki Peninsula. Koroye and Alabi are not your typical motorcyclist– they're café riders. "Cafe racers are very well suited to the urbane gentleman in Lagos," writes The Sauvage. "...they’re affordable, reliable and best of all they’re visually appealing. The café racers perfect disguises for the lifestyles of young professionals who want to conceal their lack of funds and ride in style. They’re stripped down versions of the Ducatis and Kawasakis, but they’re often just as ferocious and powerful." See the full photo series in the gallery above. Follow The Sauvage on Facebook and Instagram for more fresh looks.

>>>Read "The Biker Gents of Lagos" In The Sauvage