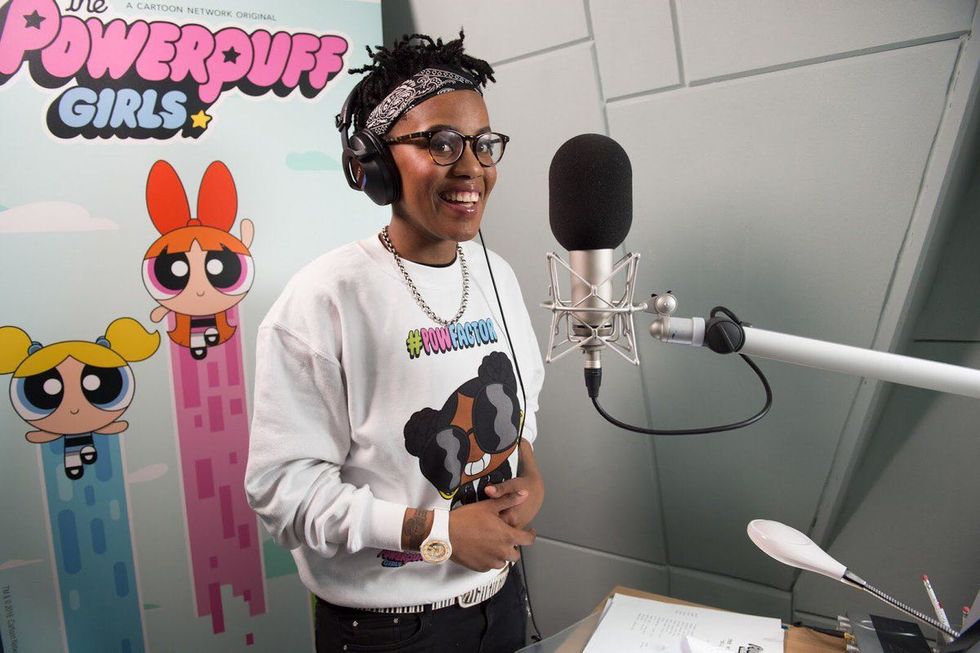 It looks like South African musician Toya Delazywill be the voice behind the first ever black Powerpuff Girl.

Delazy announced the news on Twitter yesterday. “And just like that, I became a Powerpuff girl,” she tweeted.

Jamie Ondarza, Senior Vice President at Turner Broadcasting in Southern Europe and Africa, was quoted by NME saying, “Toya is definitely a perfect fit as the fourth Powerpuff Girl.  She is confident, bubbly and quirky, all the values that we are familiar with, love and appreciate. We have a lot of surprises up our sleeves.”

This image underneath has been circulating online showing the new character, though its unconfirmed.

The Powerpuff Girls are making a return on Cartoon Network on Septembe 17, when you can officially meet the new member of the squad.

Relive our Okay Acoustic session with Toya Delazy below.

AND JUST LIKE THAT, I BECAME A POWERPUFF GIRL

Much love to my @cartoonnetwork for trusting me with this epic job ️#lifegoalspic.twitter.com/ZshJT8VWR0

SO THEY HAVE A FOURTH POWERPUFF GIRL AND SHE IS BLACK??? I LOVE EVERYTHING pic.twitter.com/eEC59Jwa78