Blackface Endures in France: On Being Black in Top French Schools 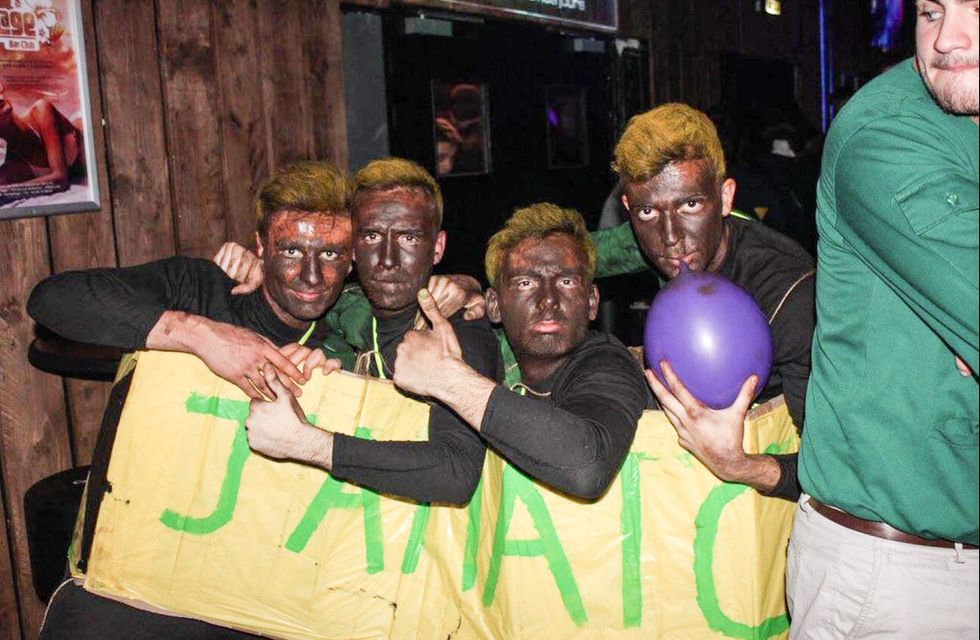 Blackface rears its head at a top French business school. Despite national denial, it has a long history in France.

Being a black student in one of French top schools is pretty complicated. No matter how much you try to blend in, you’ll always stand out because of the scarcity of others like you. France’s elite schools are notoriously white, posh and homogeneous and little efforts have been taken to change it.

Positive discrimination schemes tend to be frowned upon in France, and when they exist, they tend to heavily favor white students because the government refuse to acknowledge racial and ethnic discrimination. You have to keep quiet and not make too much fuss, yet endure racial micro-agressions on a daily basis. And France’s top universities tend to believe they can get away with racially abusing their students under the guise of “jokes” or that “no harm was intended”

The Ecole des Hautes Etudes Commerciales du Nord or EDHEC is a prestigious business school near Lille, France. Last month, a student association organized a fancy dress party. Things took a sour turn when some white students showed up wearing blackface and fake afro wigs, dressed as the characters from the movie “Cool Runnings," “Jules Winnfeld” from Pulp Fiction as a (in their words) “tribute” to black culture. One POC student saw the picture online after the party and rang the alarm about what went on during the event.

To the surprise of the student association who saw nothing wrong with dressing up in blackface, the pictures went viral on French Twitter. As long as people’s intentions are harmless, they simply didn’t understand why blackface would even be considered offensive.

The school initially declared that there was nothing wrong. Therefore, there were no actions to be taken. Allegedly, one Programme Leader at the Master's department went as far as saying that discrimination against black people simply didn’t exist, and slavery never existed in France, contrary to the US.

On one hand, one can understand white people’s surprise regarding the fact that blackface is offensive. Cultural racism and micro-agressions are so ordinary that they are literally, part of the French culture and fiercely defended as a right to offend, and freedom of speech. Indeed, Blackface has existed pretty openly in France since the 1800’s when the country settled its colonial empire in Africa. Blackface has always been part of the cultural landscape. You can still see it on the packaging of France’s popular brand of chocolate powder Banania, in the ad campaign of the fashion brand Kiabi, on the face of french comic Michel Leeb, inside bakeries in Nice and French presentators Jean-Michel Maire et Valérie Benaïm proudly displayed blackfrace in the popular TV show “Touche pas à mon pote” in 2014.

Of course, people of color did object and denounce it, but they were quickly dismissed in France. It wasn’t until 2012 when prominent French activists of color like Sihame Assbagne, Kiyemis and Mrs Roots began a campaign to sanction brands and people doing blackface, that the backlash gained a mainstream platform.

The bigoted views allegedly held by EDHEC and its staff are sadly not surprising in a country that prides itself in burying its head in the sand instead of admitting the diversity of its population, let alone its troubled colonial past and the French army’s continued imperialist actions. Like the US, France has an history of normalizing blackface. And it’s not the first time the University is caught in a racist controversy.

According to Buzzfeed France white students from EDHEC had a party where some of them did blackface to dress up as the Jackson 5 and “Sister Mary Clarence” from the movie Sister Act. The backlash became so big that the University released an official statement on its Twitter account, saying that the students had apologized and the university itself joined them. According to them, these actions were the polar opposite of the values the university believes in.

One can wonder if that is true. If the business school has a history of students doing blackface in the name of the freedom of speech and if its teaching staff openly hold racist views, the incident accurately shows that the university actually doesn’t understand how dressing up as a black person doesn’t stand perpetuates racism. Nor do they understand how damaging the normalization of racial micro-agressions is and that dressing up as black people never has, never is and never will be funny.