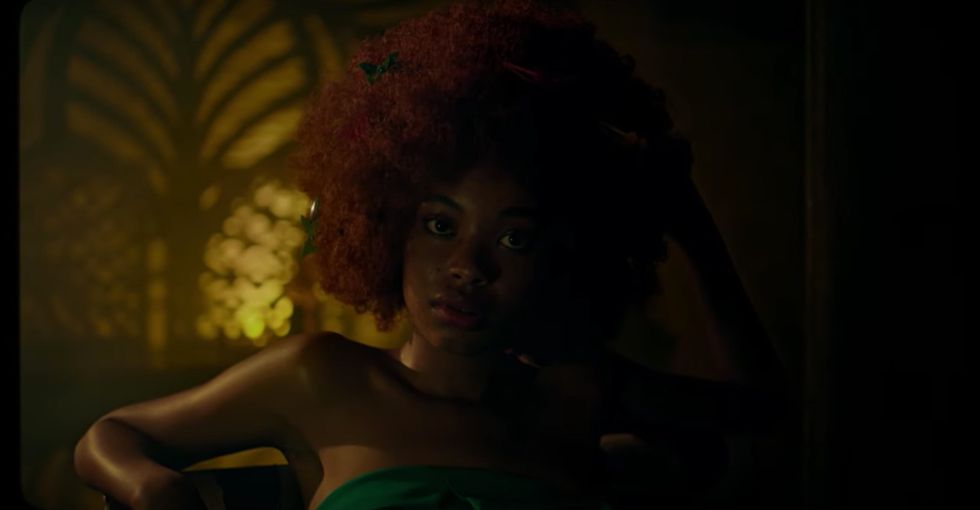 PREMIERE: The new music video focuses on the continuing strains of neocolonialism in Cameroon and the need for escape through vice.

The modern Cameroonian griot's new full-length follows Bassy as he delivers striking tributes to those who fought for Cameroon's independence, like anti-colonialist leader Ruben Um Nyobè, and the search for true identity, all sung in the Bassa language.

His new album title, 1958, marks the year that Um Nyobè was murdered by the French army after leading the Union des Populations du Cameroun (UPC).

Today, we're premiering the Cameroonian songwriter's beautiful and reflective new music video for "Woñi," which focuses on the continuing strains of neocolonialism and the need for escape through vices like alcohol.

"When people are disconnected and cut off from their history, imbalance and emptiness set in, leaving room for fear," Bassy tells OkayAfrica. "Vice becomes the only means of survival. This is what is happening to my people, who are just trying to survive. Some turn to alcohol as escape."

"I would like to talk about the feeling of fear that prevailed and still prevails around our colonial history, that contributed to the development of the tribal clichés, and that, today, alters our country," the artist also mentions. "That is also because of that fear that nobody dares to stand up to demonstrate or to fight for our freedom. My family grew up in fear. Men, women and children live in fear, and to exist, this beautiful community is getting drunk with alcohol, with fear, uprooted, under the astounded eyes of the ancestors."