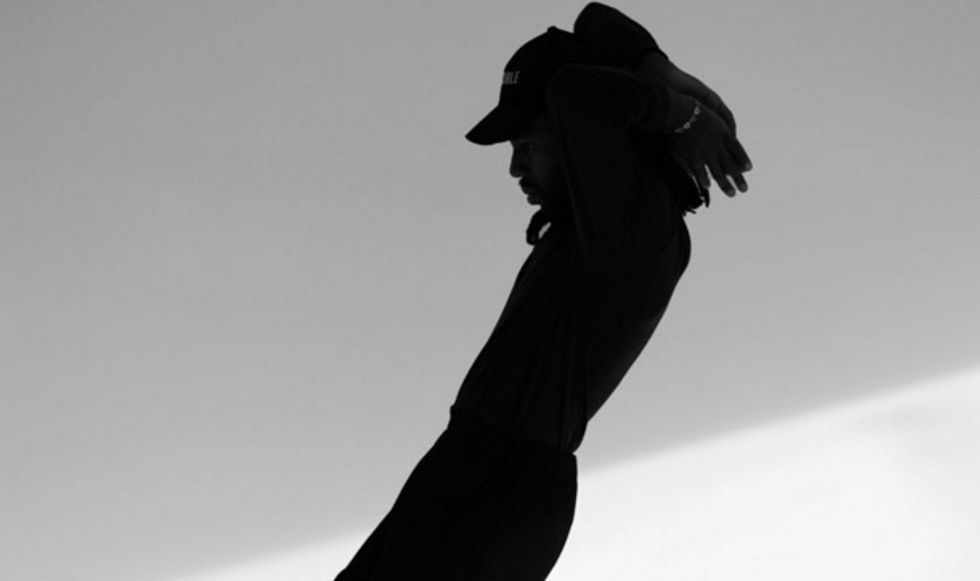 Dev Hynes has announced that the title of his new Blood Orange album is 'Freetown Sound' and it's the most relatable thing he's ever done.

Blood Orange has announced that the title of his new album is Freetown Sound. The forthcoming record will be the follow-up to the songwriter's sophomore release Cupid Deluxe, which came out nearly three years ago. The artist also known as Dev Hynes spoke with V Magazine about how his Sierra Leonean father influenced the album's title and content:

This is a very layered and very deep record for me. There’s a lot of meaning behind all of the choices I’ve made for this one. It looks into my childhood and examines who I am at this point in my life. This is gonna sound terrifying, but there is a strong theme of Christianity on the record. When I was growing up, Christianity was drilled into my head so intensely, to the point where, as a child, I was meant to be left-handed but was forced to use my right instead. Left-handedness was seen as a sign of darkness. Freetown Sound also has a lot to do with Freetown—the capital of Sierra Leone—which is where my dad is from. The record addresses the way Christianity was brought to West Africa and the way black households held on very tightly to Christianity because it was this beacon of hope.

He also mentions that this record was influenced by the Dust Brothers' production on the Beastie Boys' classic album Paul's Boutique and that this may be "the most relatable thing [he's] ever done":

There are a lot of samples on this record, but not necessarily songs made from samples. It’s all me. It’s inspired by old Dust Brothers records, very cut and paste. It’s like my version of Paul’s Boutique. It kind of plays like a long mix tape... It talks a lot about sexuality and displacement and life in the city—so it’s definitely very personal, but in doing that I think it’s probably the most relatable thing I’ve ever done.

Since the release of 2013's Cupid Deluxe, Dev Hynes has written for the likes of Carly Rae Jepsen and used his music to articulate strong social commentary through singles like "Sandra's Smile" and "Do You See My Skin Through The Flames?”