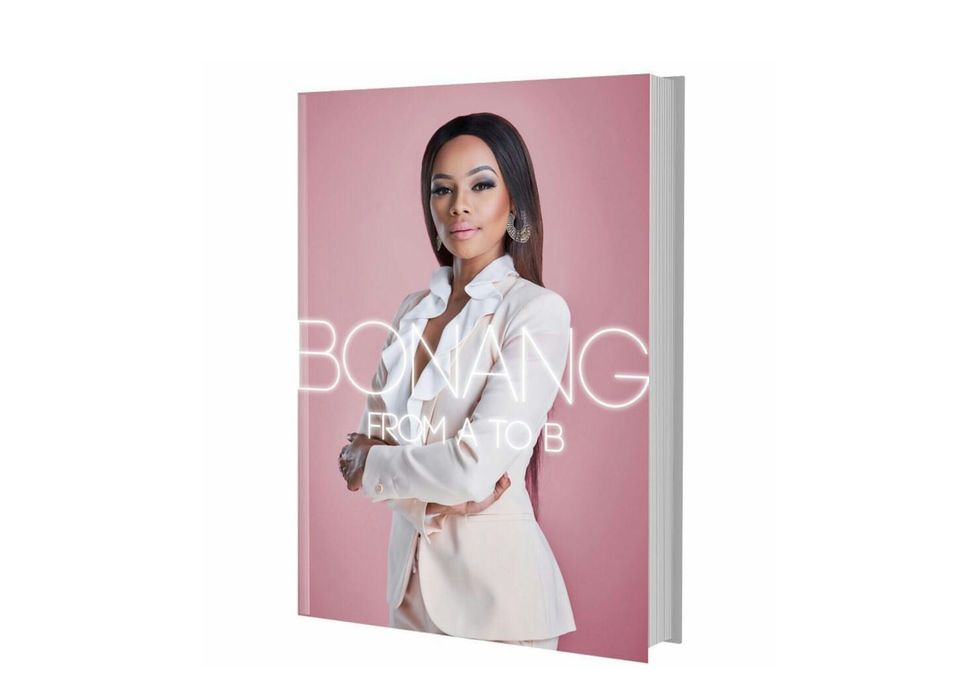 South African media personality Bonang Matheba wrote an autobiography at the age of 30. The prose was unfortunately less than stellar.

Last week Black Twitter was up in arms after media personality and face of Revlon Africa, Bonang Matheba, had her much anticipated memoir, Bonang: From A to B, published by Black Bird Books. However, the social media frenzy was not because South Africans were particularly impressed by the book, in fact, they were anything but.

The beautiful Bonang or 'Queen B' as she's lovingly known by South Africans opted to write her tell-all memoir herself which proved a regrettable move in hindsight. Bonang is a beautiful, smart and savvy black woman who has mastered the art of creating a successful personal brand. However, writing and more so writing well, is not one of her strong suits. I honestly thought I'd seen it all on social media. That is, until the levels of chill on Black Twitter dropped below zero and many took to editing the innumerable grammatical errors and inaccuracies in Bonang's book themselves.

So much talent in mzanzi to help bonang proof read and edit her book👇 and she decided to cut costs 😩 pic.twitter.com/vshAwGvSdH

First sentence into Bonang's book and the first mistake is her birthday is wrong pic.twitter.com/P0wKapEBVg

A fierce debate soon ensued where South Africans argued whether or not the blame for the shoddy nature of the memoir ought to rest squarely on the shoulders of Bonang herself or her publisher and whether or not Bonang had a 'poetic license' of sorts to write her own story as authentically—and messily—as she saw fit. Some even questioned whether she had been a little premature in writing the memoir itself.

If the publisher accepts a poorly written book & not do due diligence redeeming it through good editing, then the publisher is to blame https://t.co/33VBL57aQh

30 is very young to write a biography it reads a little self congratulatory and lacks the reflective nature of biographies.

Here's what I think. Bonang's publisher, being in the business of publishing books, should have done their due diligence and ensured that the book was thoroughly proofread and edited accordingly. Their recent apology, prefaced by claims that they wanted Bonang's voice to 'land as truthfully as possible', was not only unacceptable but complete BS. I'd even go as far as saying that they probably chose to depend heavily on Bonang's celebrity status (more than going through a rigorous editing process) to lure South Africans into buying the book. Black Bird Books is a reputable publisher and is home to exquisite literary works such as Panashe Chigumadzi's "Sweet Medicine" and Pumla Dineo Gqola's "A Renegade called Simphiwe"—a stark contrast to the frankly shoddy end-product that was Bonang's memoir, notwithstanding her poor writing ability.

However, for an individual who has built her personal brand on nothing short of excellence and associating herself with brands that esteem that very same quality, Bonang should have followed up with her publisher and done her due diligence. Yes, the actual editing process was not her responsibility as the author but she would have prevented the humiliation she's come to face had she taken the time to read the final draft before it was printed and sold in stores across the country. I doubt that she did. And in so doing (or rather not doing), did herself and her story a tremendous disservice. What was supposed to be a sacred moment in her opening up about her despicable abuse at the hands of her ex-boyfriend DJ Euphonik, became overshadowed and tragically so, by the overall poor quality of the memoir as a whole.

And this is the crux of what I am trying to say. Bonang's book was of poor quality. It was a precipitous fall from the high standard of work that has become synonymous with her name – and it's okay to call her out on that. In fact, it is necessary to do so even as fellow women. Sure, it's Women's Month and we want to celebrate all our phenomenal women which Bonang undoubtedly is. We want to band together especially as black women and celebrate our equally phenomenal accomplishments. But, in as much as we need to do that, we also need to keep in mind that earnest and genuine critique of those accomplishments is necessary. We need to be able to respectfully and constructively call each other out when we drop the ball—especially in such a public arena.

Given the solid body of work that has preceded Bonang, especially in the way of memoirs, scathing critique was inevitable and she should have been prepared for it. Writer or not, the literary world demands its own level of excellence, a reality that Bonang has come to know (and capitalise on) well in her own industry.

And so it is not anti-women or anti-feminist to say 'hey, this wasn't your best work.' It is in no way a malicious attempt to drag a woman through the mud. It is simply a reminder that as a woman, and even as our fave, your fellow women need to and will call out your mediocrity for what it is – mediocrity. And all that simply means is... do better beloved.