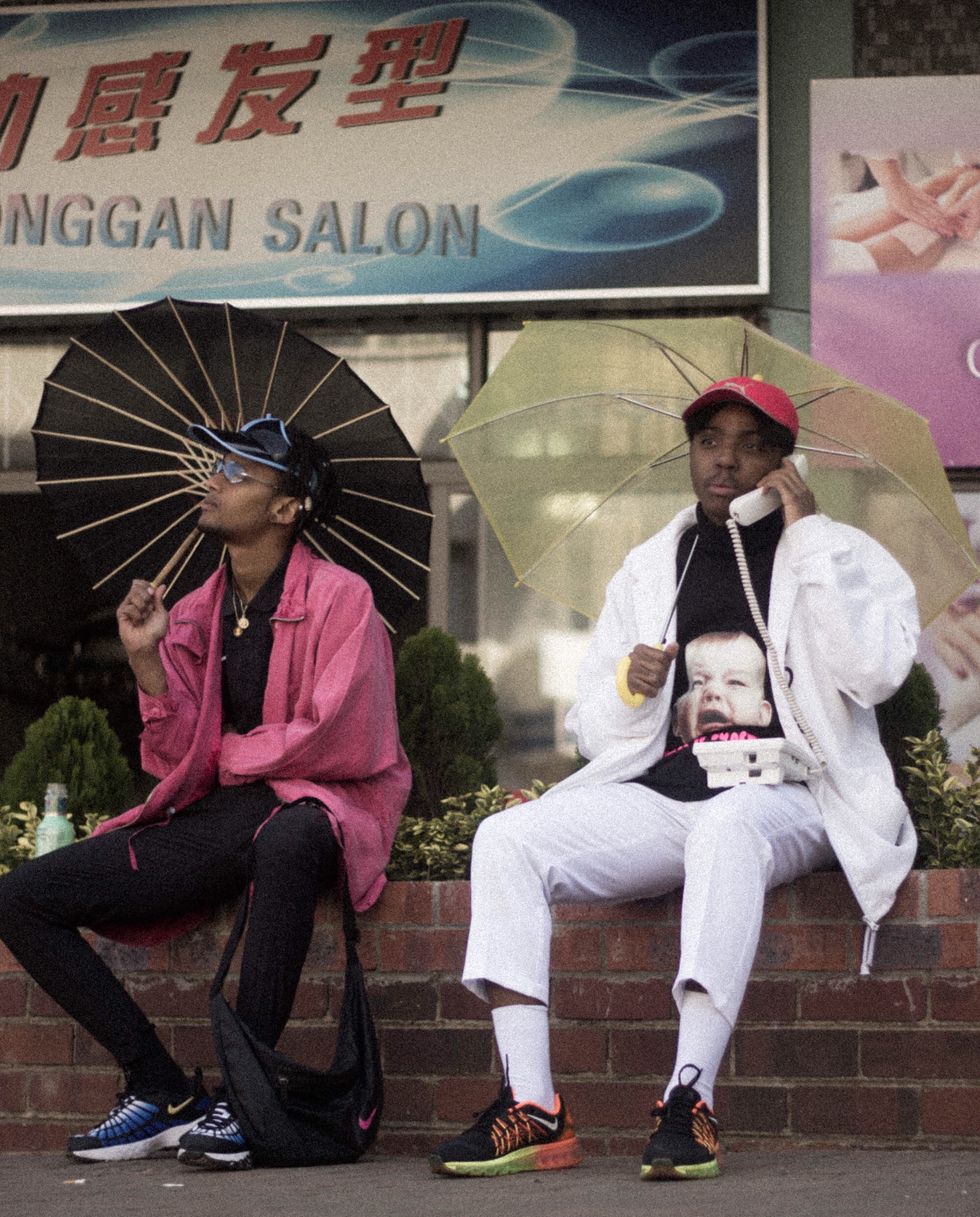 The newly-released Booty Call tape is an extension of Dodo’s streetwear collection of the same name, a conceptual line based off the aftermath of a doomed relationship, which Dodo says turned into a “booty call.” The idea was to use breakup as inspiration to create something.

Take “Dear diary, I told my therapist about you,” for instance. Inspired by Dodo’s real-life therapy sessions, the finished piece, a white top with words sketched in ink, served as a canvas for his thoughts. It’s also fresh-looking.

“A lot of kids relate to it. It’s just normal people stories with really cool beats,” says Malema. “Throughout the whole mixtape it’s life lessons. You’d expect us to be talking about ignorant stuff,” adds Dodo. Lyrically and thematically, he calls it a far cry from what you typically hear in trap music. “Imagine hyping up to your own problems,” he says.

According to Hakim, it’s kind of like Dirty Paraffin [the South African duo of Okmalumkoolkat and Dokta Spizee] meets Yung Lean. Production-wise, the project continues a sound Hakim calls “future weird.” With elements of old school bubblegum and electronic music. But it’s also got a “sad boys” thing about it, says Hakim. That’s where the Yung Lean part comes in. The Booty Call musicians are emotive in their songs. As Hakim puts it: “There’s too many hyper-masculine raps.”

Listen to Booty Call above. The EP is available to purchase on iTunes here.