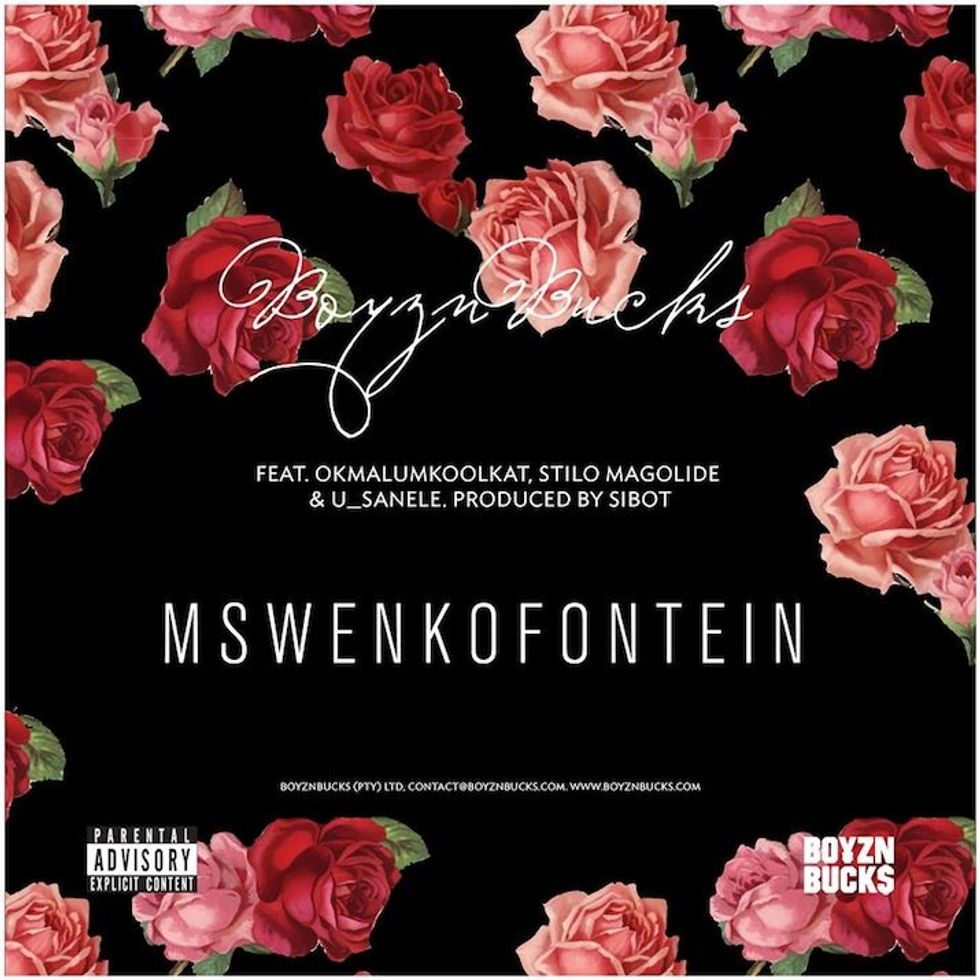 Johannesburg street culture connoisseurs and childhood friends Boyzn Bucks have collectively been behind a slew of our favorite releases this year in South Africa. Okmalumkoolkat made his solo EP debut in August with Holy Oxygen I. Riky Rick added three massive tracks to his name (the “Amantombazane Remix,” “Nafukwa,” and “Boss Zonke“). Streetwear guru Stilo Magolide dropped his biggest song to date with the feel good summertime anthem “All On Me."

"Mswenkofontein signals the birth of a new era. We call it smanje-manje rap. We will speak our minds. We have dropped a couple of verses on features that shook the whole music scene. We are concerned about the art scene in general in South Africa and throughout the world. It seems the world is too young if I am still introducing categories like Zulu Science Fiction rap ( there are no films, plays or books in this category yet ) that was Holy Oxygen.

I introduced Primustof, Digital Maskandi and New Age Kwaito when I dropped the Dirty Paraffin Greatest Hits mixtape four years ago. The whole industry is only catching up now and some are claiming this as theirs.

This is the reason we are getting so aggressive. Especially when the whole music craft is getting used as a means to get rich quick by fooling people with empty emotional pop garbage sold as music with feeling. Knowing damn well that people have been starved so they grab on to the trendiest of these. Its a joke. We will change all of that. One track at a time. One show at a time.

Watch your fave 'artists' rap in Zulu because it sells right now, even though their Zulu is not on par. Watch as they copy everything we do, from Sebenza times to watching everything we do/ wear via instagram and emulate. Watch how they will try and block us in which ever way possible but still grin when they see us. Watch."