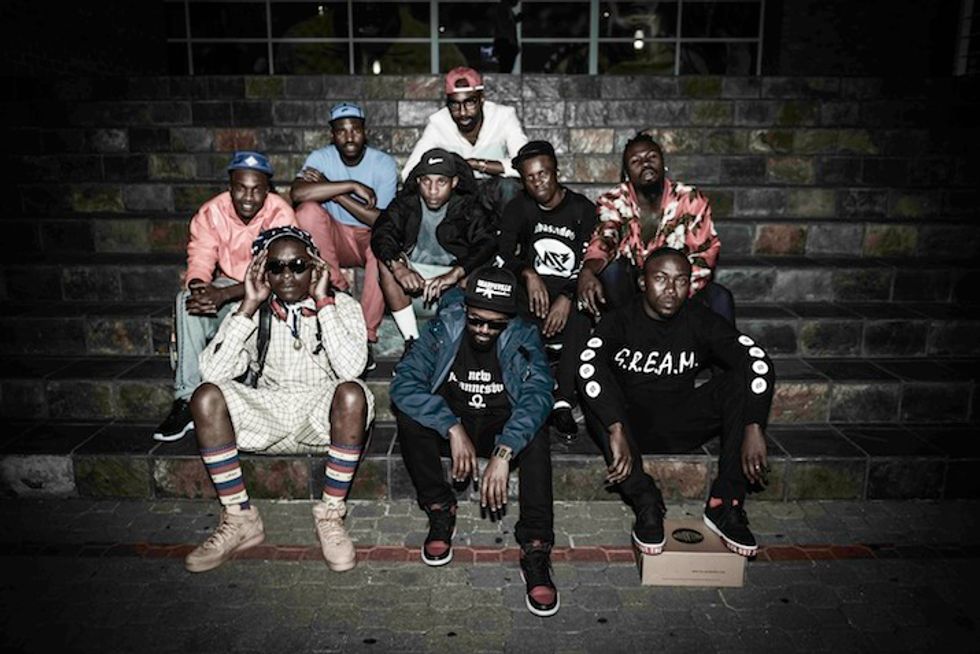 We got to know the nine prolific creatives who make up Johannesburg's street culture empire, Boyzn Bucks.

Rikhado Makhado, otherwise known as Riky Rick, is a rapper, producer, writer, and actor who in 2014 put out a string of massive, club-ready street anthems with "Amantombazane,” “Nafukwa," and the umswenko anthem "Boss Zonke." The KwaMashu-born proud father of a one-year-old, who says his music is a fusion of local kwaito and hip-hop, put out his debut album, 'Family Values,' in April.

Where were you born?

What are you most known for in Boyzn Bucks?

I'm known for producing and rapping

Who is your music icon?

Kid Cudi I think is my all time favorite.

How would you describe your style?

I just pull styles from different places. I like having different concepts and personas in the way I dress.

Who is your style icon?

What is your favorite music right now?

I like all music, I'm listening to a guy called Josiah Wise a lot.

What's your favorite pair of kicks?

How would you describe Boyzn Bucks?