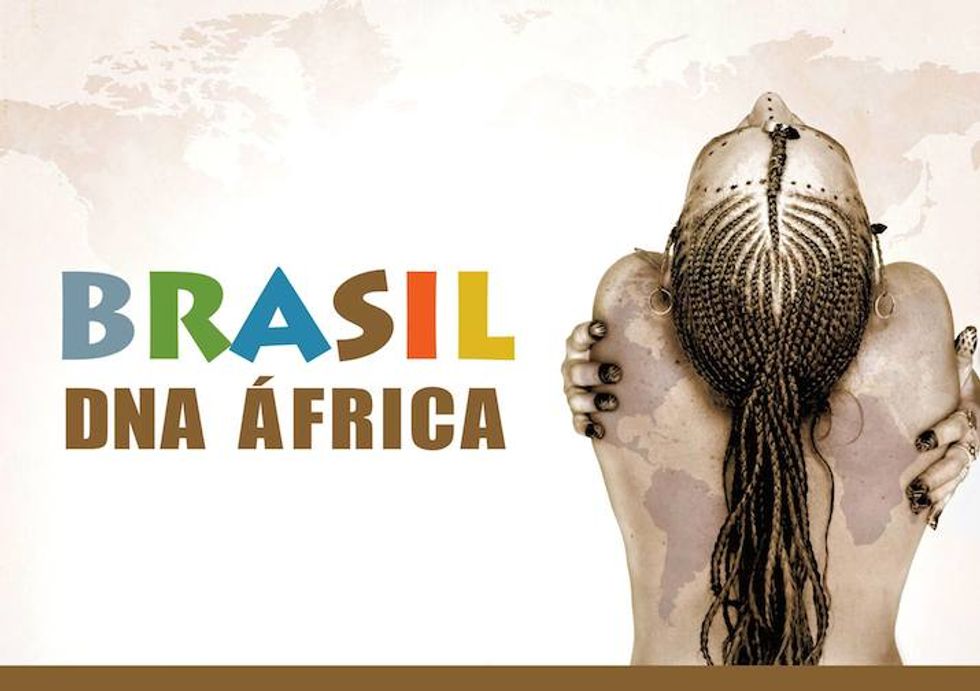 A new 5-part documentary series will use DNA testing to trace the African roots of Afro-Brazilians.

The trailer for the forthcoming documentary series Brasil: DNA Africa starts off, “For nearly 400 years Brazil received over 5 million enslaved Africans, which was the greatest forced migration in the history of mankind.”

Produced by the Sao Paolo-based CineGroup, the five-episode project will aim to trace the African roots of Afro-Brazilians using DNA testing, as well as explore the influence that the arrival of African slaves had on the arts, religion, food, and formation of the Brazilian people. The premise of the series is that 150 Afro-Brazilian subjects from 5 different Brazilian states were DNA tested by African Ancestry (who coincidentally are Okayafrica's partners in The Roots Of... series), and 5 were chosen to journey to the countries of their ancestors.

The series director and writer Carlos Albert Jr. tells Shadow and Act that he hopes his documentaries will “restore the links broken by slavery.”

An article on Black Women of Brazil sheds some light on the inspiration for the project. Monica Monteiro, CEO of the documentaries’ production company is quoted as saying:

“We were fascinated by that [a map of the transatlantic slave trade] and thought we could tell this story in a different way… It’s amazing what we’re finding out. Although the port of Angola was one of the main ports of departure of enslaved blacks from the African continent, these men came from various places. We intend to talk about these different routes.” She continues, “People with different customs, languages, and financial conditions were brought to Brazil. There are those who don’t like to say that their ancestry comes from men in conditions of slaves. We are showing that, in fact, they were warriors who crossed the Atlantic Ocean, they managed to survive and even raise families. We must be proud of our ancestry. But how we you love something that we don’t know?”

After initially reporting on the project last week, Shadow & Act reached out to the filmmakers for additional details on the series' progress. According to Albert Jr., they've wrapped up the first episode (which takes place in Bahia/Cameroon). The second one (Rio/Nigeria) is in post-production; he's currently writing the screenplay for the third episode (Maranhão/Guinea-Bissau). The final two episodes, Minas Gerais/Angola and Pernambuco/Mozambique, are still being written. Albert Jr. also tells Shadow & Act that the series "must be finished by November."

For now, catch a preview of the series in the video below. Find out more details on the project via Shadow & Act.