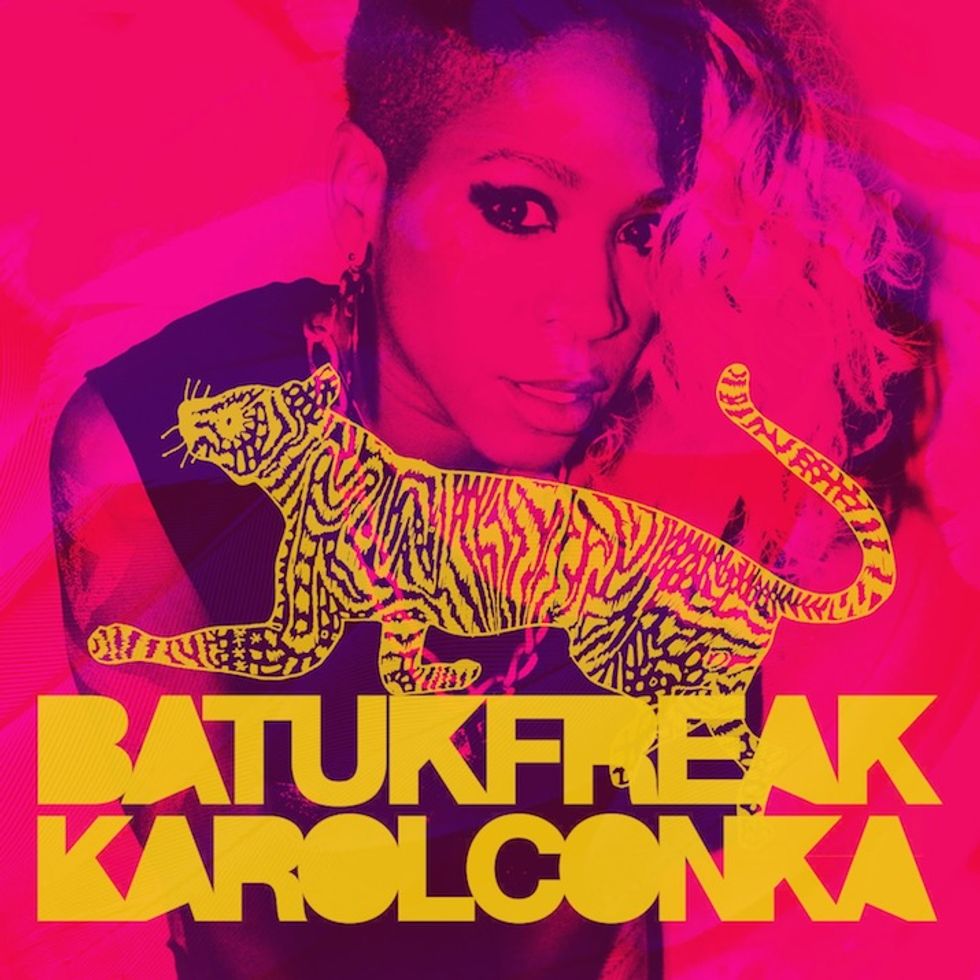 As we gear up for World Cup Brazil 2014, we'll be highlighting some select Brazilian tracks grab the first one from rapper Karol Conka.

Boasting a sound influenced by Lauryn Hill and the Música Popular Brasileira (MPB) genre popularized by the likes of Elis Regina, Curitiba's Karol Conka is quickly becoming one of the leading female rappers in Brazil. "Boa Noite," the Nave-produced single off her debut album Batuk Freak, showcases Karol Conka's commanding flow over an infectious girl group vocal sample. It's not much surprise that the track has earned her several accolades, including an MTV Brazilian Awards nod. Find this track and more Brazilian gems on UK label Mr. Bongo's Brazilian Beats 7. Stream "Boa Noite" and watch the music video for the track below.