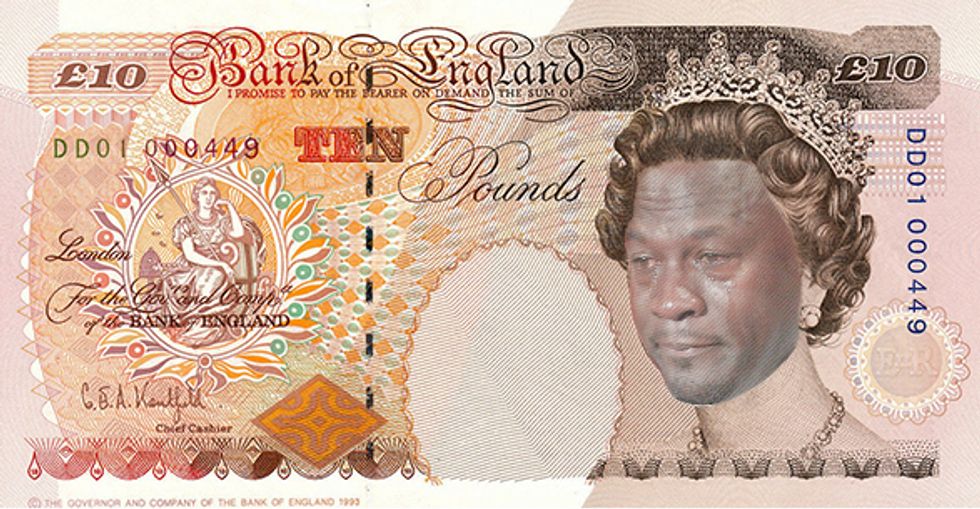 After the British Prime Minister announced his resignation following #Brexit, some tweeters are using the hashtag #IfDavidCameronWasAfrican.

Since the #Brexit vote, world stocks had $2 trillion wiped from their value Friday, Reuters reports; a response to growing concerns over the stability of Britain's economy. It has created a cascade effect where the pound will be devalued, necessitating that trade agreements be renegotiated, and has resulted in a loss of confidence in the European Union's strength and democratic ideals.

Tipping the scale, this development has led to Britain's Prime Minister David Cameron, who didn't want to hold the controversial vote forced by the the xenophobic populist right in the first place, to announce his resignation in October.

All of this has tweeters wondering #WhatIfDavidCameronWasAfrican? Would he have resigned or stood his ground like 92-year-old Zimbabwe President Robert Mugabe?

So we pulled together some of the best reaction tweets, take a look:

This would be his response to the referendum ? pic.twitter.com/cCvPFDacwJ

"Only the party can call for my resignation. After it holds regional, provincial and national congresses."

#IfDavidCameronWasAfrican he would have declared the votes invalid and demanded a recount.

#IfDavidCameronWasAfrican he would claim someone rigged the vote and refuse to acknowledge the results.

"We have set up a task team to investigate the outcome. We'll engage all relevant stakeholders"

And #IfDavidCameronWasAfrican we would still be counting the votes and only God knows till when...#Brexithttps://t.co/WwA5oc1h6m

#IfDavidCameronWasAfrican he would simply annul the election to save Britain from ridicule and declare himself caretaker king, end of story.