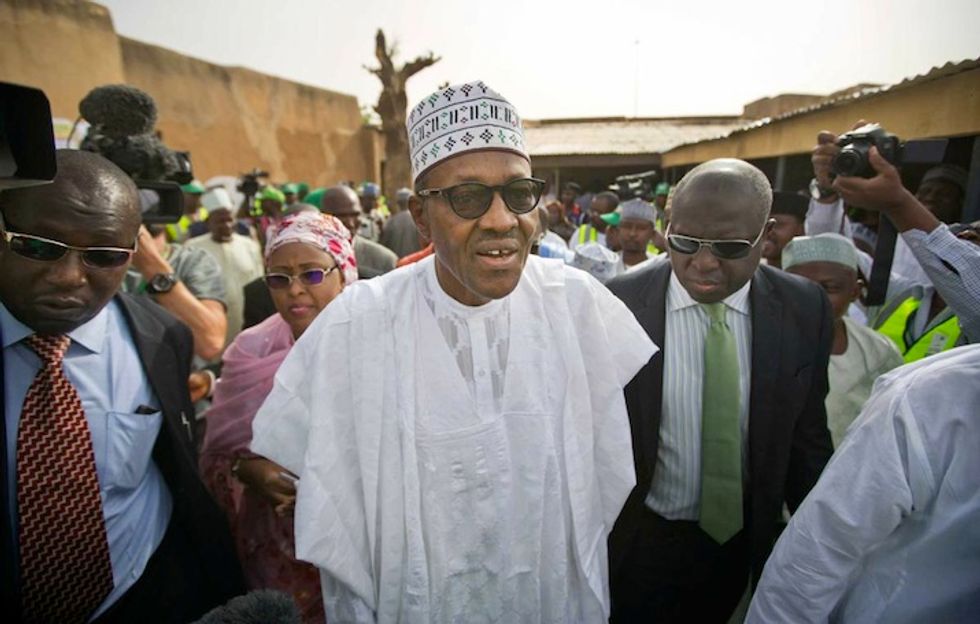 Following a seven week medical leave, President Muhammadu Buhari, has returned to Nigeria and will resume office on Monday.

After months of speculation surrounding his health and whereabouts, Nigeria's president, Muhammadu Buhari, has  returned home and will resume office on Monday, following an extended "medical vacation" in the U.K.

Details of his condition were kept veiled, leading many Nigerians to believe that their president had died and that the government was keeping information from them—a reasonable suspicion, considering that a similar event occurred back in 2010, when Goodluck Jonathan took office following the medical leave and subsequent death of President Umaru Yar'Adua.

74-year-old Buhari spoke about his absence this morning in Abuja, where he kept details about his illness vague, simply stating that he had "never been so sick" and that he required further medical check-ups, but was nonetheless "feeling much better."

Though Buhari's return may provide some semblance of closure, lingering questions about his capabilities and the state of Nigeria's economy, have left a lasting cloud of uncertainty in the air.

President Buhari's first address to Nigerians after being away for 49 days pic.twitter.com/MaE1WdG3I1