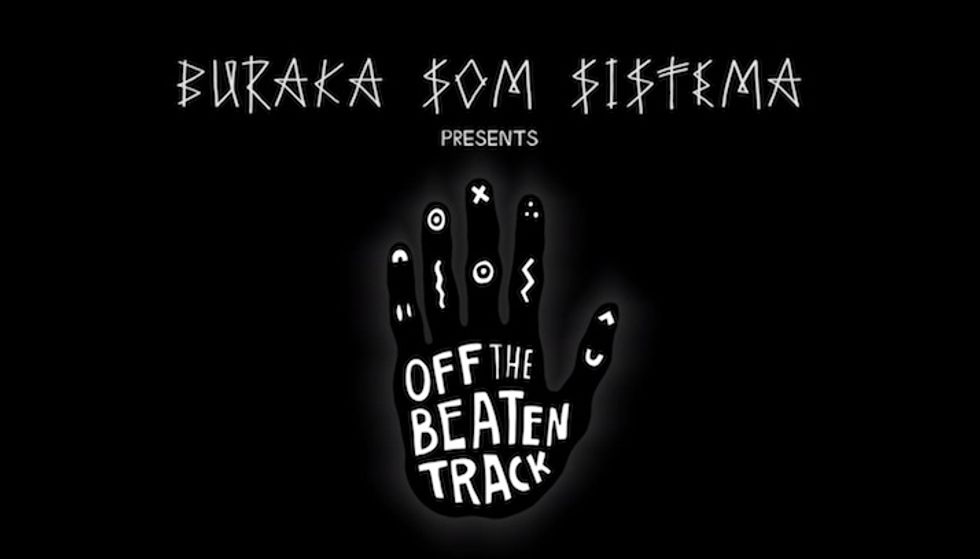 Longtime site favorites Buraka Som Sistema are streaming a shortened 30-minute version of their Off The Beaten Track documentary that they've been teasing for a few months and recently showed at several film festivals across Europe. The documentary depicts the birth of the Buraka collective out of the multiple cultural presences in their native Amadora, Lisbon — as one of the BSS members puts it, "going to school there meant sitting next to a guy from Cape Verde that listens to Soundgarden and next to a white Portuguese girl who listens to funaná."

The film follows the group throughout their career as they cull from the underground sounds of Luanda, Caracas, Paris, India, and London — from kuduro, tuki, hip-hop, kizomba and, recently, zouk bass to penning World Cup theme songs. Watch the shortened version of Off The Beaten Track in full below, it features interviews with M.I.A., Johan of The Very Best, Santigold, Skream, and plenty more.