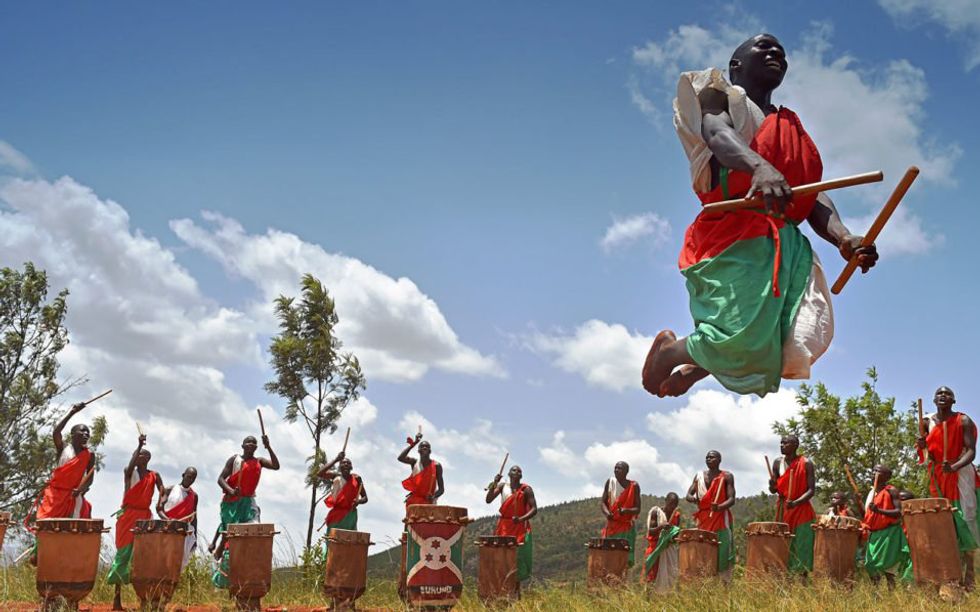 What the hell, Burundi? Women can't be stopped from drumming so don't even try.

The Burundian government, under the leadership of President Pierre Nkurunziza, has put into place strict laws prohibiting women from taking part in the country's celebrated ritual dance of the royal drums.

The new restrictions also forbid drumming at "unofficial events" including weddings and parties. While woman are outright banned from the practice, men who want to engage, must first register with the Ministry of Culture and gain government approval if they seek to perform the ritual outside of official ceremonies, reports Times Live.

The presidential decree states that any organizer looking to have drummers at their event, must pay a fee of around $280.

The lauded dance of royal drums was placed on UNESCO's Intangible Cultural Heritage List in 2014. Prior to the government establishing restrictions on the practice, drums were widely performed at weddings. Though historically male-dominated, groups consisting of woman drummers have formed over the years.

Many have criticized the increasingly authoritarian government for its wanton and discriminatory actions against woman drummers and its obvious attempt to profit off of the sacred drumming tradition, which is, in fact, the opposite of actually protecting its cultural value.