10 Times Busiswa Dominated A Song She Was Featured On 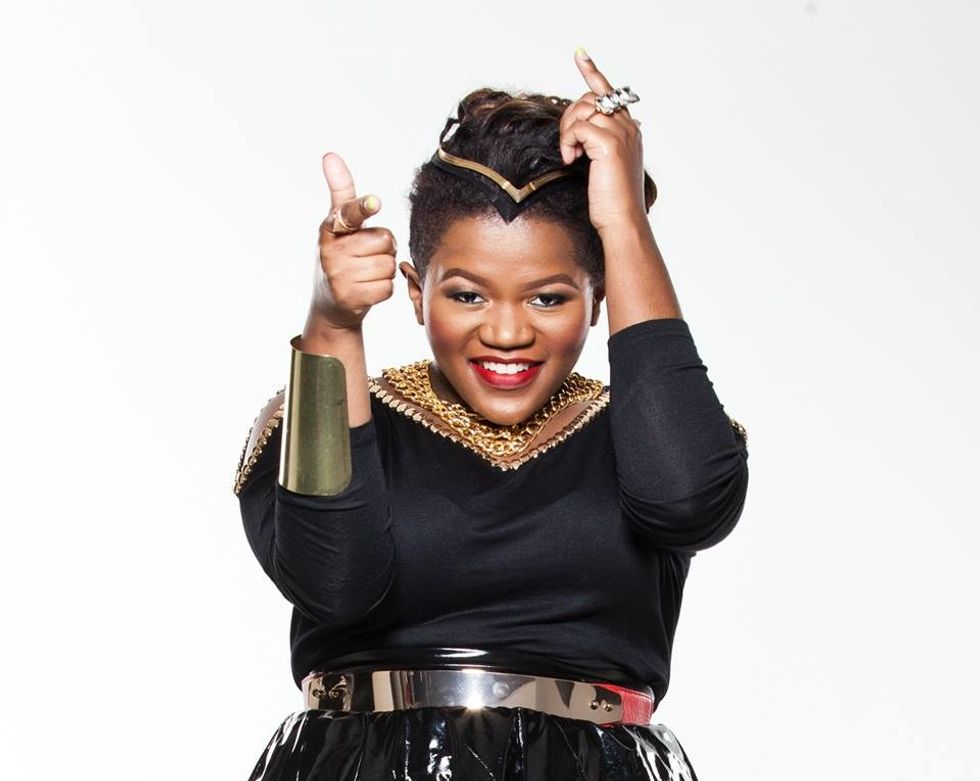 South African house singer and poet Busiswa is special, she's been steadily owning the house music scene since her first mainstream appearance in 2012.

As much as she has her own solo hits—and she just released a great album Highly Flavoured—there's something special she does when she's featured on a track.

Busiswa has worked with big names such as DJ Maphorisa, Heavy K, Kwesta, D'Banj, DJ Zinhle, and countless others.

Her character and unique delivery always overshadows whoever she is appearing alongside. A great example is DJ Maphorisa's summer hit "Midnight Starring," in which the singer dwarfs her peers, and spits some of the most memorable lines from a modern house song.

Out of her countless features, we picked 10 favorites in which she completely owns the song on which she's a guest.

"Gobisiqolo" is a potent gqom song, with hard-hitting bucket snares and mild synths and a repetitive hook. Busiswa's vocals give it an x-factor. She is loud, but sounds distant, as usual. She teases you with a one-liner after the hook subsequent to the first verse, before she comes later for a verse, and after, provides backing vocals for the hook, which makes the song a more dynamic piece of art.

"Midnight Trap" is Busiswa at her best. She exhibits all her favorable traits–that x-factor, personality, effective writing, and charismatic delivery. She boasts about her sexual prowess, and the person whose partner is under her spell has every right to be intimidated.

On "iScathulo," there's an innocence in her voice that is fitting given the song's hook is reminiscent of a children's game. With that innocence, however, her charisma is still rife, and she stands out among the male voices on the song. Then she switches to an impressive kwaito-esque delivery on her verse.

On "Visa," Busiswa and Tumi role-play a husband and wife with infidelity issues. Busiswa is the wife with trust issues. She is not having any of her husband's bullshit, she feels he's using being a performer as an excuse to mess around, and the way she delivers it is so natural and effective, you ask yourself why she doesn't have her own sitcom.

Kwesta knows how to make ratchet hip-hop songs—think "Ngud'" and "Spirit," which mostly infuse house and kwaito. "Afro Trap" is another example which is criminally slept on (we are still owed a video for this). When the beat switches from trap to house, with high-tempo drums, it becomes a Busiswa song–all morals are lost, you find yourself doing the vosho, as her vocals and the dark synths teleport you to the wildest shebeen party you can find yourself in.

It's all good until half-way through "Gaba Gaba" when Busiswa's verse kicks in. Her verse is layered with vocals and adlibs, and she sprinkles her infectious persona on a song that's already great. As South Africans would say, she gives it that thing.

Busiswa always has ways of making her parts sound interesting. For "Nangu," she uses a combination of chants and tone changes to paint the picture of the person in question.

She dominates "Ses'on," so much that it literally becomes her song. It's her carefree disposition, the way she drags some of her syllables and how she emphasizes some words to full effect that makes her appearance on here really special.

"Ubuhle Bendoda" is a soulful house tune. Thiwe's melodic vocals sit perfectly over the music. Busiswa comes in on the last verse, the way rappers are normally placed on pop/R&B records, and she delivers her vocals in a less sing-songy way. She's a cross between a singer and a poet, and that combination shines on this particular song.

This was the first time many of us heard of Busiswa, and she blew us away. She was still more of a poet than Lord-knows-whatever-she-is-now, but, unlike most of her counterparts, she was teeming with character and that kwaito sauce.