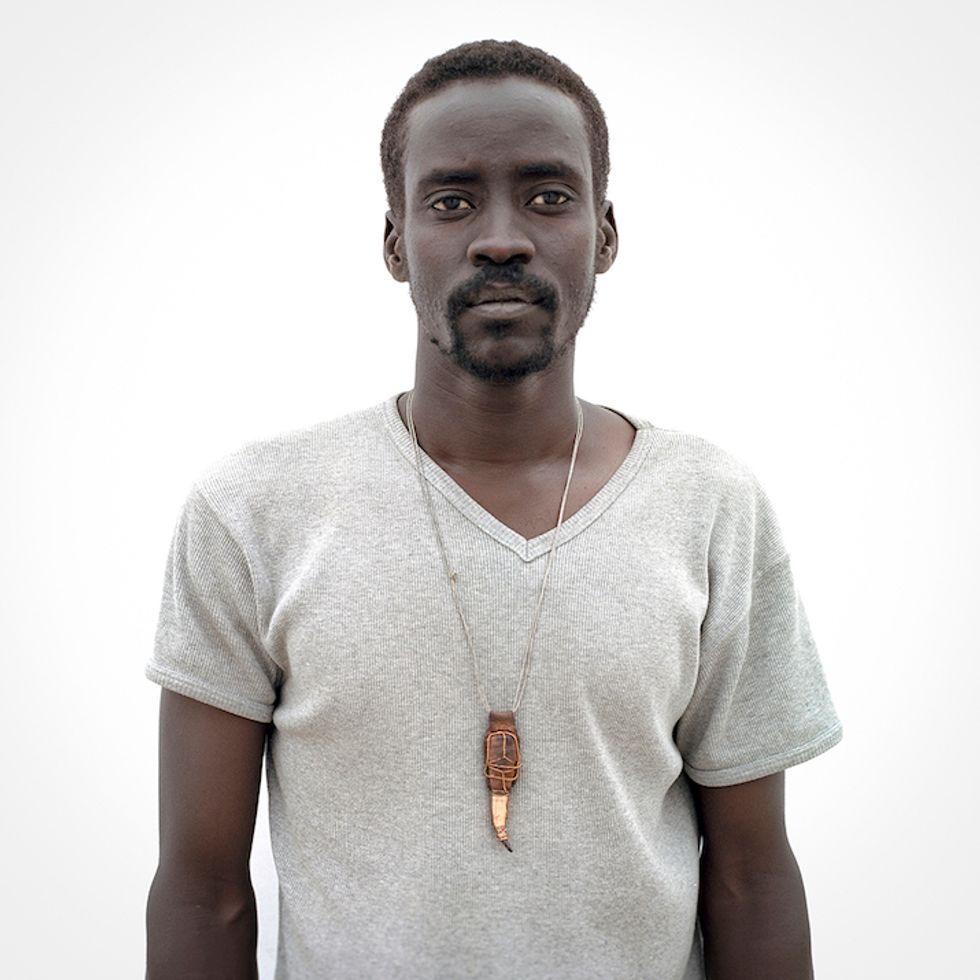 All photos courtesy of Phil Le Gal / The New Continent

Just over 20 miles from Dover, the northern port city of Calais is the closest French town to England. The site is home to another chapter of what the New York Times referred to this week as a painful drama playing out across Europe. According to the World Policy Institute, between 3,000 to 5,000 migrants, largely from East Africa and the Middle East, live in the city's resource-scarce camps, often lacking proper shelter and medical services. Many of these migrants seek to flee for Britain each night by stowing away on UK-bound trucks and ferries.

The crisis in Calais escalated this week, when thousands of migrants entered the high-traffic Channel Tunnel on July 27 and 28, reports WPI. One Sudanese migrant was killed in an accident, making him the ninth person to die in an attempted tunnel crossing since June.

In the series of portraits below, French photographer Phil Le Gal photographs individuals living in the city's largest camp, the New Jungle. The images are part of Le Gal's larger body of work documenting migrant experiences with The New Continent, a photo series and documentary project that aims to tell the stories of migrants living inside and outside the borders of Europe's Schengen Area.

The photos below are presented with permission from Le Gal and the World Policy Institute, where they originally appeared, with captions from Le Gal. For more on The New Continent, head to the project's official page and follow Le Gal on Twitter and Instagram.

*Note: Some of the names have been changed to protect the identities of the migrants.

"Musa, from Darfur, arrived three weeks ago in the Calais Jungle. He has been wearing the amulet around his neck since he left Africa. He hopes it will protect him when trying to get inside the U.K.-bound lorries."

"Adis, from Ethiopia, is 15 and a Christian. A makeshift church has been built in Calais' Jungle for the Christians of the camp."

"Seminar is from Ethiopia."

"Ahmed and Ikbal are two friends from Afghanistan who met en route to the U.K. They have arrived in Calais and they say there are looking after each other. They are posing in front of a makeshift shop in Calais' Jungle."

"Awel is from Eritrea. He is only 12 and has been living in the Calais Jungle for many weeks."

"Saeed, from Baghdad, left his country because of the war."