Tagore's Is 'That Bar' For Cape Town 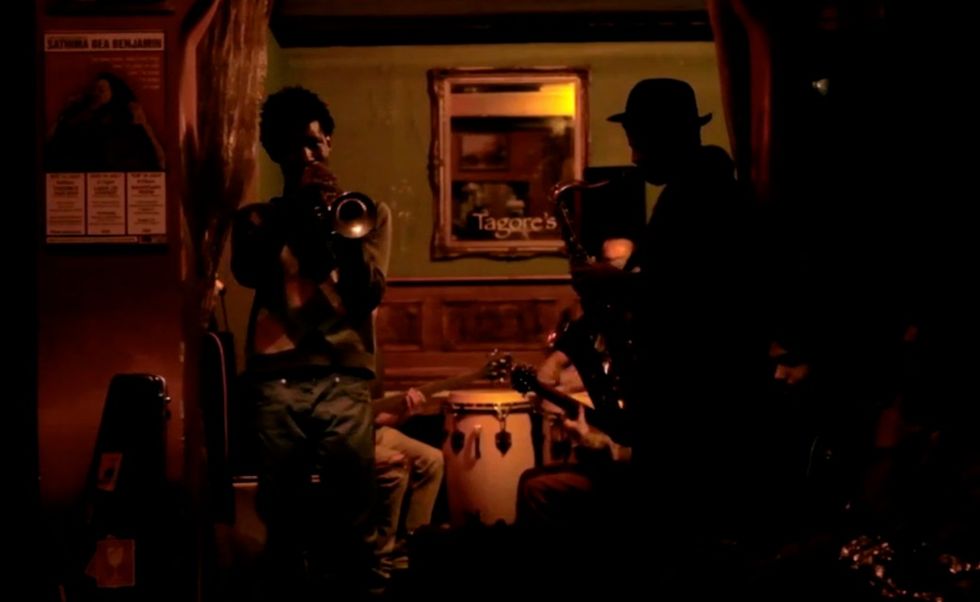 Tagore's is 'that bar' for Cape Town — a low-lit, smoky urban meeting place for edgy artists.

You know that low-lit, smoky bar? The favorite late night haunt of the city’s jazz cats — the cozy, steaming, pumping home of intimate shows where you could lick the sweat off the lead singer you’re so close, booties bouncing, bodies bumpin' until tomorrow — where Monk, or Fela, or SatchMo will be piped through the stereo while you nurse a hangover at 4pm with a double whiskey on the rocks.

You know this bar. The catalytic urban meeting place for edgy artists. A genre of its own. From existentialist Paris to trendy Tokyo, communist Cuba to the golden promise of Johannesburg, in all the thriving cities of the world, you will find this bar. In your city it'll have a different name, and there might be more than one, in more than one part of town.

In Cape Town, that low-lit, smoky bar is Tagore’s. Although it claims universality as a creative melting pot, Tagore’s is unequivocally Cape Town. From the quintessentially Observatory-style wood floor high ceiling house-bar, complete with somewhat regal furniture and fixings, to Brenda Fassie and Steve Biko on the massive outdoor mural depicting Cape Town’s and South Africa’s greatest heroes in politics and music. Yes, you know you’re in the Mother City when you’re here.

Like everything in life, Tagore’s has transformed over the years. I remember when the building kept changing hands every few months. Now a bar, now a restaurant, now a cafe. And I also remember when it stopped changing hands. The face of an Indian man was painted in two places, and beautiful poetry decked the red walls of the cosy bar. I learned that the man was Rabindranath Tagore — poet, writer, artist, musician and Nobel Prize Winner, largely responsible for exposing British audiences to Indian music, art and culture. A fitting ambassador for our pulsating, buzzing watering hole.

Located in Observatory, a hip, international neighborhood of Cape Town’s southern suburbs, Tagore’s hosts a dynamic mix of locals and foreigners. The locals are almost all regulars, and musicians, who you’ll know by name if you go every night for a week. The foreign barflies are usually young, bohemian travelers from all over the world who choose to live in Observatory for its cheap rent, artistic flavor, and central location. This melting pot practically guarantees good conversation, and if there’s live music when you stop by, you’re in for a great treat. Under the gaze of South Africa’s great artists and thinkers on the mural outside, local musicians ply their trade. Cape Town’s freshest young musicians live, breathe and create here — the likes of jazz pianist Bokani Dyer, bassist Shane Cooper, and trumpeter Mandla Mlangeni, all of whose shows you should try to see when in Cape Town.

So when you walk into Tagore’s in the late afternoon, you’ll be greeted (or grunted at) by Leroy, a local cornerstone and part parcel of the bar. His dark locks and beard, tinged with grey now, are lit dimly by the row of lamps, hanging above the bar, dripping with old fashioned colonial tassels. He is an interesting man, a Jamaican who grew up in London, spending much of his life as a journalist in the fight against Apartheid. A young local jazz musician sips slowly on a beer while discussing his girl troubles with Leroy. You'll order a drink, fix your hair in the mirror and glide through the arch on your right. The small stage waits and the spirits of last night’s show linger in the air. You'll turn to your left to climb a very thin, very steep wooden staircase to the lounges upstairs, and you wait on a couch in a red room for your friend to arrive. The music’s gentle and you feel like something magical is about to happen. Maybe you’ll get dinner next door at Cafe Ganesh and make it back for the show to see one of South Africa’s cutting-edge musical outfits — the only kind of music you’ll find at Tagore’s.

But, here’s the catch: you might have to swing by very soon. Tagore’s is facing closure unless they can come up with the cash to buy the building and go into 2014 with a full musical program. Find out details on the campaign to save Tagore's below and watch filmmaker Sara C.F. de Gouveia's short documentary featuring Cape Town jazz greats share love for "church" above.