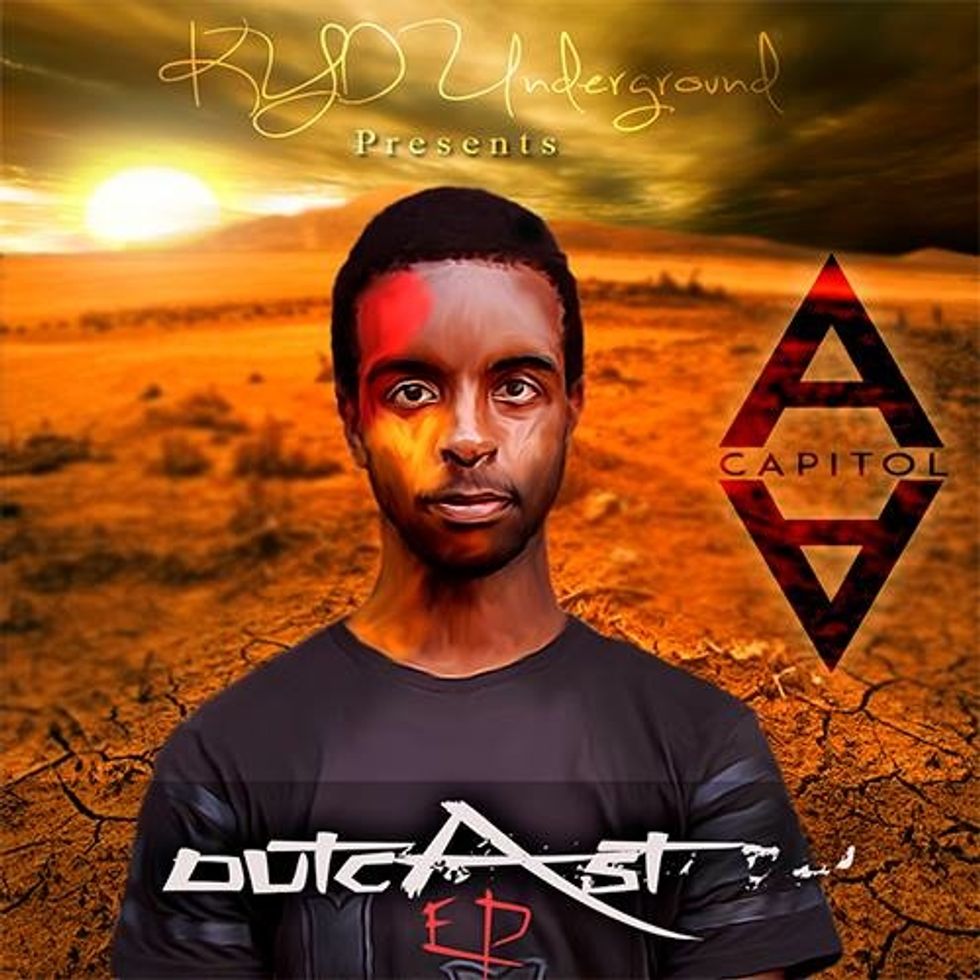 Twenty-four-year-old South African rapper/producer cApitol A delivers an outsider’s anthem with his first, mostly self-produced solo EP outcAst. The Cape Town/Gugulethu-based artist, who's also a member of SA hip-hop collective KYD Underground and previously featured on rap duo Hype Team’s Ill Regime mixtape (which he produced half of), avows his own dreams while championing perseverance over dirty drums and elegant strings. The album is hardly disingenuous or corny, though, it’s a painful yet hopeful yell for will.

On the downtrodden but encouraging “Good Morning,” cApitol A conveys scenes of mundane work and horrifying poverty while celebrating the merciful nature of music. The musician, who initially became drawn to beatmaking at sixteen and began writing lyrics afterwards, even gets straight harsh on “3rd Eye Opener ft. Grizzly Bear,” a piano-floored track that has him damning the greedy and scorning the oblivious. Almost a capsule of the whole record and probably outcAst’s standout track, “I Gotta Dream” channels suffering into a wish for contentment, cApital A’s yearning for freedom blending with soaring string arrangements.

Speaking in an e-mail about the EP, which also features production from cApitol A’s older brother U.N.A, he tells Okayafrica, “I always wanted to make music that people could relate to and I had all these different opinions about the world at large, I didn't just want to make songs, I wanted to make songs that had a meaningful message.” Listen to cApitol A’s 8-track outcAst EP below.