Card On Spokes' New Video Is a Neo-Noir Masterpiece 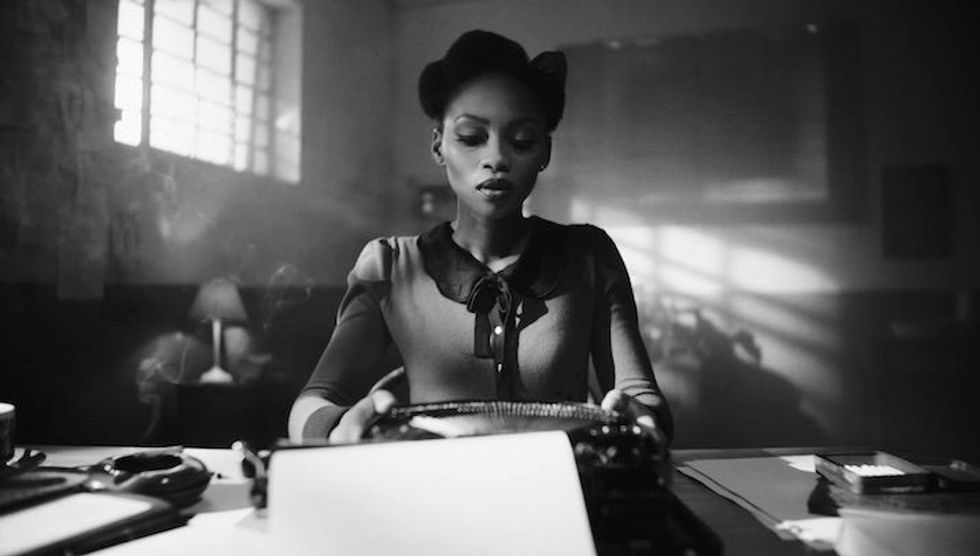 South African producer Card On Spokes premieres his music video for "Ribbon Tooth," from his latest EP 'As we Surface.'

The cinematic video is an exploration into both the real and the surreal, as the protagonist, actress Siphokazi Khuboni, tours the inner workings of her mind in an attempt to beat the very real struggle that is writer's block—we’ve all been there haven’t we?

Her character takes a vivid journey through her subconscious to find what’s missing.

“What interested me in exploring this concept was the idea that we all live simultaneously in two worlds and we often find it hard to connect the two. We navigate between the realm of “reality” where we interact with the outside world, and the almost fictional realm of our minds, where anything is possible. I am interested in exploring the line where these two spheres collide,” says the video’s director, Portuguese filmmaker, Sara CF de Gouveia.

“With this specific story," she adds, "the protagonist becomes the character she is writing about, and is forced to find her way out of this self-imposed labyrinth of her psyche. During her search, she eventually becomes unable to differentiate reality from what is merely her own perception of it, crossing the threshold between her inner and outer worlds. At the end of her quest she learns that deep down this is only the beginning of yet another journey.”

The video is evidence that imagination can take you places, and Card On Spokes gives us a glimpse into this through atmospheric, sensory-appealing production. “The idea was to make the listener feel like they were inside a typewriter—feeling the edges and nuances of each mechanism as they moved within the track,” the artist tells us.

Check out our premiere of the video above and stream Card On Spokes’ latest EP As We Surface via Spotify and Apple Music.