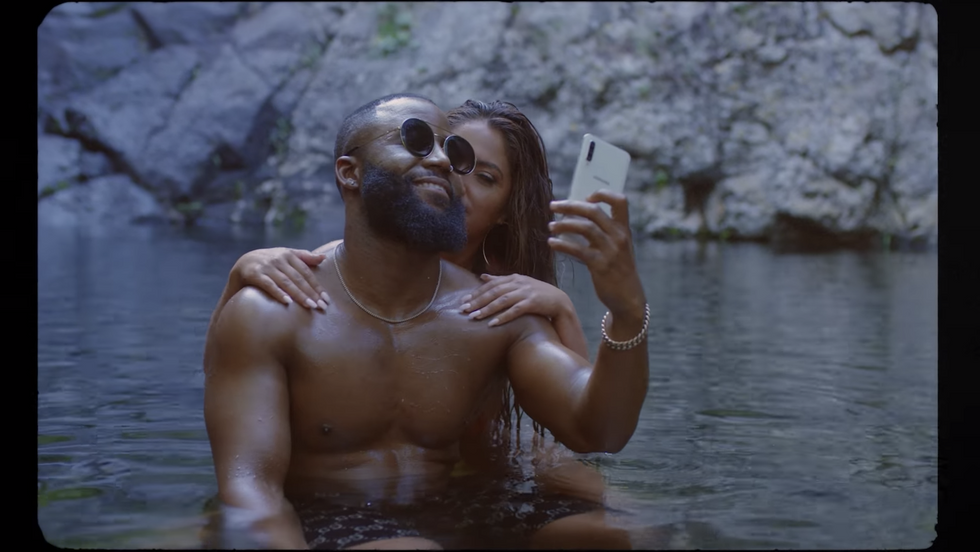 Cassper Nyovest's latest music video was filmed in a peaceful forest at the edge of a cliff. Nature—vegetation and water—plays a backdrop for Cassper and Jessica Burciaga to show off their great bodies.

The video is directed by Yeah Lenzo, who Cass has worked with many times before. Drone shots ensure you get to experience the beauty of the location.

The rapper announced a few weeks ago that he was flying the model down to South Africa for the video. The responses were mixed—while some were happy for Cassper, others felt he was undermining (South) African women, especially black, by the move.

Imagine how impactful it would have been if #MoveForMeMusicVideo’s leading lady was a chocolate sister 👸🏾 I’m not… https://t.co/YU2TkI7L7x
— Phil Mphela (@Phil Mphela) 1559296364.0

A piece of information that may help you understand Cassper's move is that the artist and his manager T-Lee Moiloa deliberately create a talking point around the rapper's releases.

"A lot of the things we do are very deliberate," T-Lee said at Back To The City in 2017. "Some of them, deliberate to shake up the tree, to speak about certain things. We hardly ever do things to piss people off, it's always to create talkability (sic), and we've managed to do that for the past four years."

Race and colorism are issues that are guaranteed to have people talking.

"Move For Me" is the latest single from the South African rap superstar's latest album, Sweet and Short, which mostly consists of kwaito and amapiano production. "Move For Me" is a mellow tune, which is made even smoother by Boskasie's spacious and effortless vocals.

Watch the music video for "Move For Me" below and stream the song underneath: