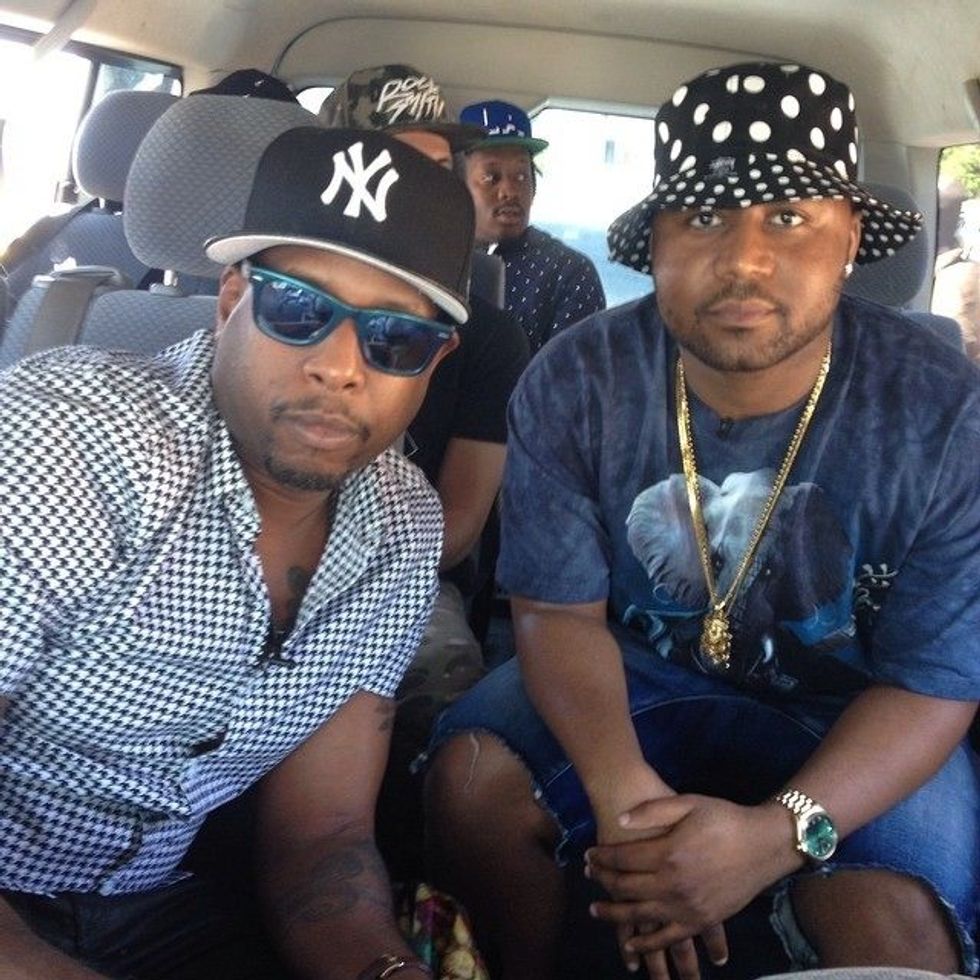 When we found out that longtime Okayplayer Talib Kweli was headed to Johannesburg last October, we thought 'who better to show him around than Cassper Nyovest?'– who put out one of our top albums of 2014 with his debut LP, Tsholofelo. The two spent a day out together in Soweto, and after soaking in historic sights like Vilakazi Street and Winnie Mandela‘s crib, they wound up at the studio, where Nyovest invited Kweli to jump on a "Doc Shebeleza" remix.

It seems the rappers had more up their sleeves. Last night, Kweli announced in an Instagram post that he's dropping a free album today (Friday). This morning, the Brooklyn emcee shared the title single off Fuck The Money, featuring Nyovest. Listen to Kweli and Nyovest's second track together below, and stay tuned to Okayplayer for more news on Fuck The Money. According to Kweli's Facebook page, the full album will be available for free download today on kweliclub.com.

Update: Nyovest also dropped some heat of his own today. Listen to "Mama I Made It," the first single off his forthcoming sophomore album Refiloe.