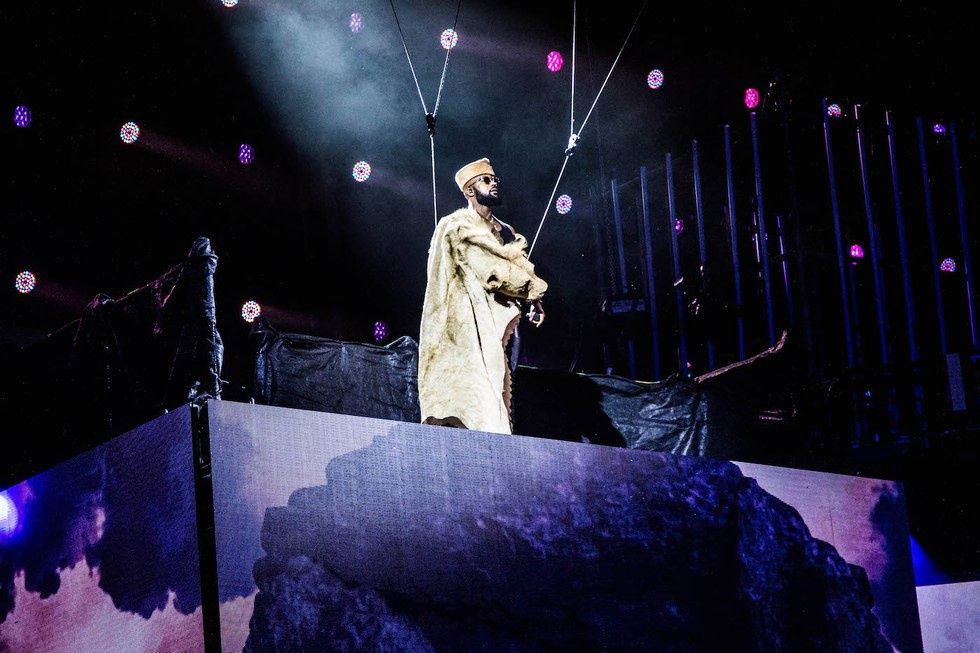 Frank Casino's new EP, Heroes of Tomorrow, came out today. The four-track project sees the East Rand MC doing what he does best, and that's drippin' that sauce with his commanding voice over growling 808s.

Frank is potent throughout, but the highlight of the project is Cassper Nyovest's guest verse on the closing song "Sudden," which also features Major League.

Every now and then, Nyovest reminds heads that he is indeed a skilled rapper (think the last verse of "Ngiyekeleni" and the songs "I Hope You Bought It" and "Tsibip," among others).

This new verse is one of those instances. The man drops fact after fact with an unmatched flair, rhyming syllables and hitting mid and end rhymes like it's not a thing. He sounds comfortable and raps with a charisma that matches his stature.

He reminds us of his accolades, which make him years ahead of everyone. He raps, "Niggas is up in their feelings/ I can't relate, boy, I'm chillin'/ Stadium status, status/ I'm 'bout to fill up Mabhida/ Counting my racks with my feet up," and "They used to sleep on my rhymes, now I'm sleeping on silk/ I'm getting better with time, y'all niggas aging like milk."

He also responds to those who feel he's not hip-hop enough because of his preference to rap over kwaito beats on songs like "Getsa Getsa 2.0" and "Hase Mo States." Emtee will feel that shit. Cass raps:

"Boardrooms with my pants down/ Niggas know I'm the benchmark/ All my albums went platinum/ Own' em all 'cause I'm damn smart/ Niggas saying I'm a dancer/ Benylin ya le tsentša."

Listen to the whole thing (sorry, couldn't help it) below and/or download it here.

Purchase a ticket to Cassper Nyovest's Fill Up Moses Mabhida Stadium, taking place in Durban on the 1st of December, here.

This Is What Cassper Nyovest's Fill Up FNB Stadium Felt Like