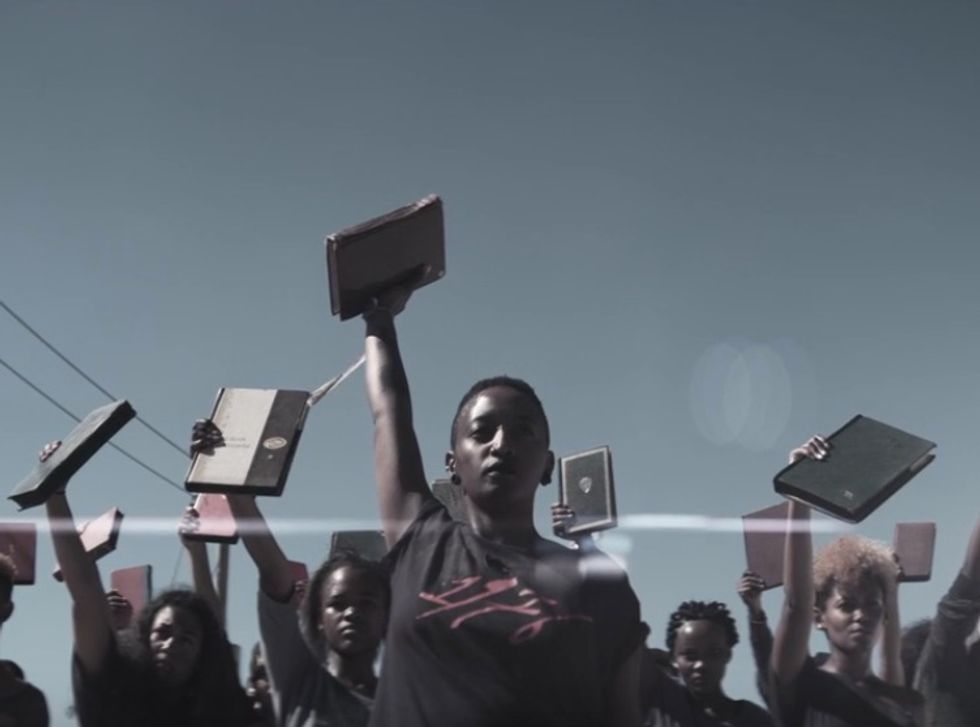 June 16th marks 40 years since the apartheid police opened fire on protesting black schoolchildren in Soweto. Four decades later Cassper Nyovest’s new video is dedicated to the student victims of the Soweto Uprising of 1976. The visuals are for the single “War Ready,” off the South African rapper’s sophomore album, Refiloe. The fiery track sees Nyovest rap “this is war” over chants and the pounding production of Ganja Beatz.

The video is equally fiery. Directed by Kyle Lewis, it begins with a dedication:

“In 1976, the South African Government declared a State of Emergency. For the next thirteen years, schoolchildren adopted a campaign of resistance. Over 750 were killed, over 10,000 arrested, many more tortured and assaulted. This films is dedicated to them.”

The clip proceeds to draw clear parallels between the 1976 protests and today’s #FeesMustFall movement as South Africa’s Black students are once again forced to square off against the authorities.

Revisit Talib Kweli and Nyovest's day out in Soweto with Okayafrica TV: