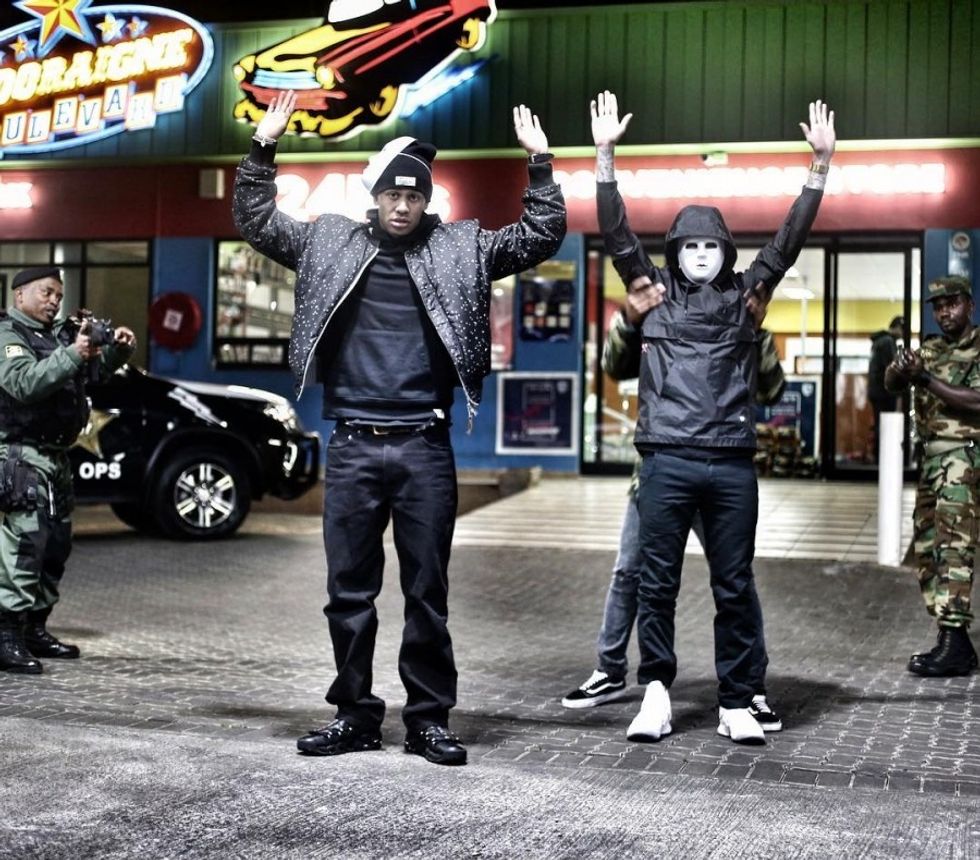 In their latest song, "F.U 2," South African rappers Chad Da Don and YoungstaCPT are sparring just like they did on last year's "F.U."

In the song's music video, the two MCs perform their verses in a crime scene, in front of an ambulance with a dead body just chilling there in a body bag.

"F.U 2," just like it's a predecessor is a spaz fest in which the two MCs showcase their lyrical skills over an aggressive trap instrumental.

Watch the music video below and download it here.