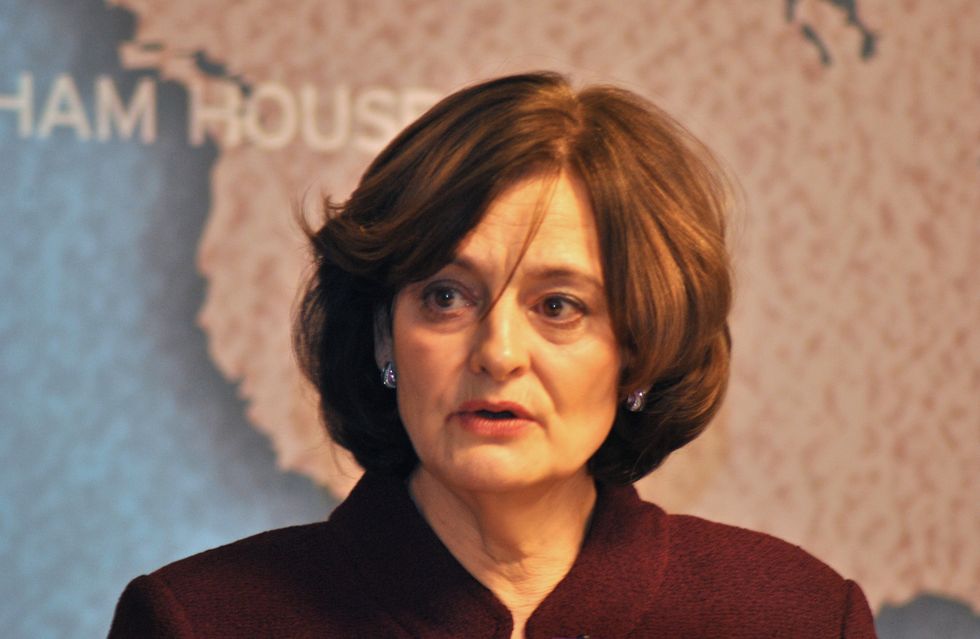 This is what happens when Africans aren't allowed to speak for themselves.

British barrister and women's rights campaigner Cherie Blair has come under fire for making a sweeping generalization and reinforcing harmful narratives about African women, after she told a group of students that "most African ladies' first sexual experience is rape" during a recent talk on women and leadership, reports The Guardian.

Blair, the wife of former UK Prime Minister, Tony Blair, made the remark in front of 100 attendees at the Cardinal Vaughan Memorial School in London. One of the people in attendance, going by the name of Clair spoke to The Guardian, telling the publication that the comment did not garner much of a reaction from many people in the room, but that she found it unsettling and decided to email Blair's foundation about it. The foundation responded, admitting that the comments were not backed by actual research. Instead telling Clair that the Blair was referring to "the women she had met and heard directly from in the initial years of the Foundation's work rather than a specific research piece."

Blair has since responded to the backlash, claiming that her comment was in response to a question about African girls "missing out on their education for a variety of reasons."

"In that context I said that for the vast majority of young girls – who are often 12-, 13-, 14-year-olds – their first experience of sex was rape," she added, before sharing findings from a 2002 study by the World Health Organization (WHO) in an attempt to support her claim. "It was not my intent to offend or undermine anyone with my comments, and I would welcome more recent stats that showed these findings are outdated, " she said. "But the sad truth is that too many young African girls continue to experience sexual assault, become pregnant and in consequence fall out of education. I believe it's important to shed light on this, as the role of education is crucial to empower girls and the importance of investing in young people cannot be overstated."

While sexual abuse is an epidemic on the continent that needs to be addressed accordingly, it is not a problem exclusive to Africa as Blair's statement implies. "Ms Blair should enable African women to speak for themselves instead of usurping their voice and their experience," said Chi Onwurah, The Labour MP for Newcastle upon Tyne Central of Blair's comments.

"Violence against women is a huge problem in many African countries –as it is here," she added. "But to characterise African women's sexual experience as rooted in rape undermines the hard work of many to tackle this issue while playing to and indeed stoking stereotypes of sexually aggressive African men and passive women." Many on social media are expressing similar discontent with Blair's statement.

Her comments are spurring discussions around the lack of agency given to Africans to be able to speak on their own behalf. Many are lambasting Blair for her disparaging words, and for the use of her platform in an irresponsible manner that only perpetuates a reductive view of the continent.

Super proud of @GlobalMurphy for speaking up in @guardian about Cherie Blair's comment that “most African ladies’ f… https://t.co/uZUGhwCurO
— Ngozi (@Ngozi) 1553618563.0

Such bullshit and she knows it. This must be to enable her "Transactions" through her foundation and not for the sa… https://t.co/mbhYThlrlc
— Betty Abeng (@Betty Abeng) 1553629507.0